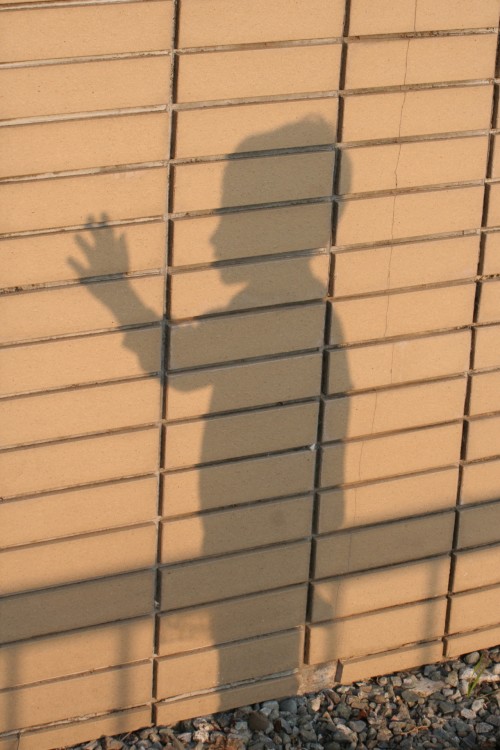 The first time I remember hearing about HIV, it was an article I read about Ryan White. In the article, his mom was interviewed and talked about how she was not scared of catching HIV. That she hugged him and kissed him and shared his soda. I remember wondering why anyone would be scared to catch it from hugging or kissing or sharing soda. I was in middle school probably, but knew it could not be spread by casual contact.

The next time HIV blipped my radar, I was in nursing school. We went around the room introducing ourselves and said what area of nursing we were interested in. My answer was pediatric nurse practitioner (I got that half right!). One of my classmates said emphatically, “HIV/AIDS – that is what I want to work with.” I remember thinking that would be an intriguing population to work with.

The first child I met who was HIV positive was during my hospice clinical rotation. The girl was 6 or 7, her braided pigtails flying behind her as she played. I asked her hospice nurse how in the world she qualified for hospice (to qualify a physician must say they do not expect you to live longer than 6 months). The nurse said that she will most likely live to be an adult (this was the mid-1990’s and the new medications were just beginning to be available), but no one knew for sure. That little girl was so full of life, and so adorable, I could not fathom her life may be cut short because of a virus.

Fast forward over 15 years (how did that happen so fast??). We are beginning the adoption process for our daughter. It was time to fill out that medical checklist. Which medical needs would we be ok with? Many needs made that list, including hepatitis and HIV. I think that was the point where I knew that adopting a kiddo with HIV was in our future. We knew that HIV was considered a treatable, chronic condition. It no longer was a death sentence. HIV is easier to manage and has fewer complications than diabetes. We did pounds and pounds of adoption paperwork. We completed our parent training. We excitedly told our families who were overall supportive. Then the day came that we got THE CALL. It was our 15th wedding anniversary. The agency rep said they had the file of a girl younger than we’d requested, but otherwise fit our medical checklist. She had cleft lip and palate, hepatitis B, and some hearing loss. Did I want her to email the file to us? Well, I thought that was a silly question.

We both knew when we opened the file she was ours. We raced through more paperwork, and finally traveled to China and arrived home in February 2013. She had several medical appointments, including the cleft team and with a GI specialist who would manage her Hepatitis B. Her labs came back and she was hepatitis negative. The doc called the lab and spoke to them to be sure. We have no idea why the labs in her file said she was hep B positive. We settled into our new life of parents of 3 kids.

In April (yes about two months after arriving home) I saw the face of a little boy in a waiting child group. He was 5 1/2. He was HIV positive. He was the cutest boy in all of China. I loved him. We just got home though. We were broke. We were trying to find our new normal. So I advocated for him. Surely I could find this sweetheart a family. Time passed. His 6th birthday came in July and I grieved.

After much prayer, we decided that we were his family. One small issue. His file was assigned to another agency. We wanted to re-use our dossier paperwork to save time and money (a family can re-use much of their adoption paperwork required by China if they submit LOI before the one year adoption date of the kiddo who just arrived home). I called the other agency. They wanted to keep his file one more week, and then they would transfer it. That was one of the longest weeks of my life. I called back exactly a week later. The agency rep said they requested the transfer the day before. Our agency emailed very soon after saying they had his file. He slid into our family seamlessly. He is the happiest, most easy going boy. He is learning what it means to be in a family. The HIV affects us daily, but it doesn’t. He takes meds (3 different anti-virals) twice a day. He needs labs every 3-4 months. His viral load has always been undetectable, so technically he cannot pass it to anyone. Other than Alex getting tired more easily than our other kids, HIV does not affect his health very much. He is a normal healthy kid. He loves swimming and dragons. He loves ice cream but still does not like cheese. He fights with his siblings.

I am much more aware of the perception of HIV in the general public. My heart breaks when I hear stories of a mom losing custody of her kids because her new fiancée is HIV positive. My heart soars when families with one HIV positive parent posts pictures of his HIV negative family – including his kids. I feel heartbroken when I hear of a housekeeper in China whose husband wants a divorce and custody of their children because she simply worked for a family who was fostering a child exposed to HIV at birth.

The truth is in China the stigma is much worse when compared to the US. HIV positive people are routinely denied jobs, housing, and medical care. This breaks my heart. I have willingly become an educator and advocate. I make it well known that I am always willing to answer HIV questions, without judgment, no need to be embarrassed. Asking questions is how we learn.

Here is a list of the most common questions I get asked:

1. What about boo-boos and blood? Do your kids know what to do when they bleed? Are there any risks if my kid plays with a kiddo who is HIV positive?

HIV has never been spread through casual contact. Bleeding boo-boos are not scary. HIV is killed quickly by contact with air. Any spilled body fluid has to get into the bloodstream to infect someone – which is hard to do. Putting on a band-aid happens the same way it does at your house. Intact skin is the best defense against any virus. We teach all of our kids not to touch other people’s blood. That is the medical part of me though – it has nothing to do with HIV. I don’t want my kids touching anyone’s body fluids – that is just gross and unnecessary. They know to come get a grown up if they see blood. There are no risks for children playing together. They can pass on the flu or colds – but not HIV.

2. If I adopt a HIV positive kiddo – what if she gets sick? Will she end up in the hospital from a cold? Do I need to worry about her immune system?

All kids get sick. It is part of life. Yes – you would watch a bit more closely, but it really depends on what her immune system is up to. A cold does not mean a hospitalization. The medications used to combat the HIV also help normalize the immune system. Most of the time the body will fight it off just like it would for anyone else. Of course there are exceptions, and sometimes HIV kiddos do get sicker. Just like cardiac kiddos, or diabetic kiddos, or any kiddo that deals with a chronic medical condition. There are things you can do to help your kid’s immune system. Most important thing is frequent handwashing. In our family we use vitamin C and D as immune boosters (especially in the winter). We also avoid gatherings when others are sick. That also has more to do with my not wanting the kids to get sick than the HIV. Sick kids are not fun!

3. How often are doctor visits? How much do the meds cost? How often is lab work?

Doctor visits with the pediatric infectious disease (or PID) doc are every 3-4 months for most kids with HIV. Labs are the same frequency. The medications are usually covered well under insurance, and if not there are medication programs to help reduce the cost if needed. The families I polled pay about $35-80 per month for all the meds. We fall in the middle of that.

4. What if the meds don’t work? What if the child becomes resistant to the meds? What about medication side effects?

Drug resistance usually occurs when the medications are not given regularly. Missed doses or frequent medication changes can lead to drug resistance. There are now very sophisticated tests that help the PID if this situation arises. There are several types of HIV and some types respond better to different meds. There are 5 categories of HIV meds, and around 25 different meds total. Research is being done to increase the medication options. If resistance occurs, there are tests for that too. The resistance tests (which are all blood tests) help determine what the next step will be. Thankfully this is rare, and PID’s are usually more than willing to collaborate with each other.

There is still a great deal of research in HIV. I talked with several people who have kiddos who are drug-resistant and none of them regret choosing this medical need. So far all have found treatment options – different combinations of medications or even research trials. My advice would be to call your local PID and ask them how they would handle this. The meds can have side effects, and like any med it really is dependent on the individual. We have been through one med change because of side effects. There are many medication options out there and finding the treatment regimen that has the least amount of side effects may take time. Part of the quarterly lab work is monitoring liver function and such to keep an eye out for early indicators of side effects.

5. What is the long term prognosis? Can a HIV positive person marry a HIV negative person and not infect them?

People with HIV have normal life expectancy. Dying from AIDS is pretty rare. A person with HIV can marry, have kids (even the old fashioned way!), without infecting their partner or baby if they are the woman. Magic Johnson and his wife have been married many years, and she is still HIV negative. I have a confession. When I traveled toget our Alex, my good friend Brandi went with me. She is also a nurse, and we both have seen a lot of different medical needs. We both had adopted from China’s Waiting Child program before, and had experienced several needs in our own families. Twice a day, when it was time for Alex to take his meds (which he swallowed the pills all at once), we would gleefully look at each other and one of us would say,“Easiest special need ever!!” We felt like we had a secret. Alex was so healthy, such a normal 6 year old boy, it felt like he had no special need. And we still feel that way.

This article was graciously shared to RainbowKids with permission by The Lily Project, a grassroots organization in China created by expats who want to see the lives of HIV+ children transformed through education, advocacy, foster care, and adoption.

View waiting children who are HIV+ by clicking on the photolink below:

Parenting with Narratives: The A, B, C's of Adoption Stories