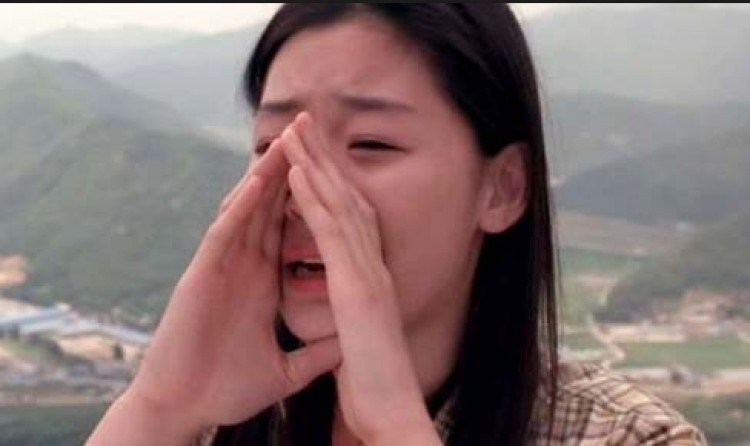 I think most people feel sad when they think of a child aging out of an adoption care system, regardless of what country they are in. But when you actually meet the children who are aging out face-to-face, that’s when it becomes real.

When I visited China in the Winter of 2016, I met over 100 orphaned children, and many of them were children that would be aging out of the China Adoption system within a year or two. In China the age that children age out of the system is 14, so depending on the situation, a child’s 14th birthday could be a celebratory one if they are celebrating it with their new Forever Family in America, or it could be one of the worst days of their lives if they are still living in an orphanage in China.

Once a child turns 14 in China it is illegal to adopt them internationally, so they will lose any chance of being adopted.

One thing I noticed when I was in China was just how many older boys there are that need to be adopted. Many of these boys are healthy or just have very minor needs, and because girls tend to be more popular with families who are adopting from China, they have been passed over for years. There is nothing wrong with most of these boys, most of them don’t have bad behaviors and are not aggressive as some people believe that adolescent orphaned boys are. They have just been passed over for years because of the mere fact that they are boys, and for many of them, that is their only special need. Most of these boys are actually quite gentle, kind and thoughtful, and they crave the love, affection and attention of a family.

So when you look into the eyes of a child that is 12 or 13 years old and they ask you, “Are you going to find me a mom and a dad?” that really affects you in a very profound way. These kids are asking not just for a family, but a chance to have a real life, to have a support system, to have an education, to have love, comfort, and safety.

Most of these children, even if they will be sad to leave China, want to be adopted by an American family. These kids are desperate for the love and affection of a Forever Family. They know they are running out of time to be adopted and they are sitting in their orphanages looking at some many younger kids getting adopted and thinking, “What is wrong with me? Why am I not wanted? Why am I not enough?”

The truth is that even if these kids have more moderate or significant special needs, there is nothing wrong with them. They are enough and they should be wanted and they deserve to be loved by a family that will support them for the rest of their lives. Adopting an older child isn’t for every family, and that is okay, but I do think that adopting an older child is something that prospective adoptive parents should consider, even if they haven’t before.

There was one prospective adoptive family recently that saw an aging out girl named Krista on our GWCA Waiting Child photo listing and called to ask about her. She had unfortunately never had her file prepared until she was older, even though she was essentially healthy. The family had adopted two younger children from China previously, and they already had three more biological children, all under the age of 9. The family was not considering adopting again when they looked at Krista’s picture. They didn’t initially think that a 13, almost 14 year old girl, would be a good fit for their family because she would suddenly be the oldest of their five children.

However, they knew there was something about her that drew them to her, and that she had less than 7 months left before she aged out of the China Adoption system. They knew that someone needed to step up to adopt this beautiful young lady or she would never know the love of a family. They decided to take a leap of faith and went forward with adopting Krista! They sped through the adoption paperwork and picked her up just a few weeks shy of her 14th birthday! Because of this family’s openness to consider adopting a child that was outside of their original parameters, and because of their willingness to take a leap of faith, Krista spent her 14th birthday in the warm embrace of her new forever Family in Texas! Now Krista has two loving parents and is a big sister to five younger siblings!

A Week in the Life: My Daughter Has Cerebral Palsy