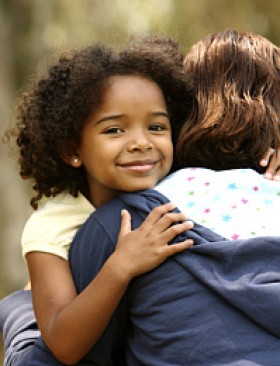 With the signing of the new health care bill, adoptive parents received some very welcome news. Not only will the adoption tax credit be extended until December 2011, but it has also been increased from $12,170 to $13,170 for adoptions occurring after January 2010. And for the first time, the credit will now be refundable. Families may receive a refund for documented expenses for the adoption of their child.

What this mean to adoptive families:

The best news
: This new tax law means that adoptive parents may apply up to $13,170 of their adoption expenses toward their taxes owed, thereby decreasing the amount owed overall by this amount. However, the news gets even better. For the first time, families may be getting cash back from the IRS for their adoption expenses. That's right, the credit may now be taken as a refund for the first time. In the event that the couple owes less than the tax credit amount stated, they may receive some or all of the balance as a refund on their Federal taxes.

The tax credit is important to both international and domestic adoptive families, but it's greatest beneficiaries are the children who will now have permanent families thanks to adoption being more affordable. Many groups and individuals have successfully lobbied to help extend this tax credit beyond its original expiration date of December 2010, and are still seeking to make the tax credit permanent. As we celebrate the extension of the deadline to December 2011, we must also remain vigilant in seeking to make this legislation a lasting gift to the children who wait.