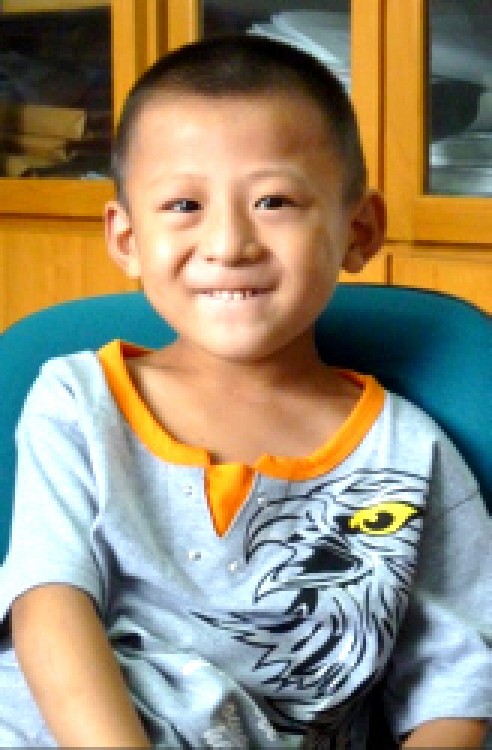 I was trying to explain to someone outside of the adoption community what it is that I DO for a living.  It's not as easy as it might seem.  Usually I try a light response like, "I'm an advocate for special needs children."  Or, "I run a website that helps families learn more about adoption".  For those not lucky enough to be a part of our world, that usually ends the conversation.

But recently a new friend whom I have used these lines on as we got to know one another asked me directly, "But what it is that you really DO?"

Without thinking I said, "Well, mostly my job is to encourage people."  This statement was met with a blank stare, so I went on. "The thing is, people visit my website at a time in their lives when they are feeling very vulnerable. They are often dealing with the pain of infertility, or the desire to start a family when they are in a second marriage or perhaps a little older than most new parents-to-be.  Some have been through some tough times and they are filled with the fear of rejection. Of giving up their dream of parenting a child. So, my job is to encourage them to learn more about the possibilities open to their family."

Even as I said it, I realized this really is a great summary of what I do.  I run a website, I talk to families and agencies, churches and humanitarian groups all day. I answer emails, update social media, trouble shoot and connect people.  I brainstorm new advocacy ideas, and reach out to those who have already adopted, asking them to join me in encouraging others by sharing their stories.  Encouragement and support are something we all need as we travel this road in life.

One question that I received recently concerned a past DUI/DWI (Driving Under the Influence).  The family had a history where one parent had received a DUI over a decade in the past.  They went through nearly the entire adoption process only to have their Dossier denied by the country to which they had applied.  The family was devastated, withdrew from the adoption process and mourned the loss of a child they had dreamed of adopting. Many months later, this family reached out to me and asked (with very little confidence) if there were any chance at all that they could adopt a child from somewhere.

The answer was a surprise: Yes.

It's the answer that I give for nearly 95% of questions asked about adoption: Yes, you can adopt.

In this case, I informed that family that there are a few countries that will not accept a couple with a DUI, but there are others that will look at the whole picture, scrutinize the homestudy, weigh and measure all factors, and approve a family if it appears that they have taken the steps necessary to overcome past difficulties.

This is most true when a family is willing to meet a country half way. By that I mean that just like there are many families with a history of difficulties that they have been able to overcome, there are also children who come from hard places. Perhaps they are over the age of 4 or 6 years old. Perhaps they are part of a sibling group. Maybe they just need a family that understands that the past doesn’t need to dictate the future. That a 2nd chance is possible.  It's time for families to realize that these kids are worth taking a chance on.

"Yes" comes to families who are willing to stretch and can see that there are children who also need a 2nd chance and new beginning.

Right this moment I am trying to place a little boy who appears to have a mild form of hemophilia.  He's a LITTLE boy, only 7 years old. He has so much life to live, and his new family is going to experience a full childhood with this little guy.  Although he is only the age of a first or second grader, by most family's stands, he's just "too old".
I would never ask a family to take on more than they can handle, but I will always encourage families to stretch.  There are only so many 3 or 4 year olds out there and paper-ready to be adopted. There are far, far too many 7, 8, and 9 year olds who have been waiting for their entire lives for someone to see just how wonderful that they are.

Stretch. It's good for the body, the mind, and the soul. And it's good for your life (and the life of a waiting child).

We aren't perfect people or parents. There are no perfect kids.  But in every child who waits, there is the potential to be so much more.

More on this waiting child: Ronnie is  a very tall young boy. He is a charming child who is very well liked by his caregivers. He is described as being very smart.Ronnie is diagnosed with hemophilia. His caregivers report that his hemophilia has not affected his daily life. He has sometimes had some bleeding in his knees, but it has never been bad enough that he hasn’t been able to walk. The caretaker says that he sometimes would complain of a little bit of the aches in his knees, but otherwise they have seen no symptoms of the hemophilia. They report that they get him treatment when his knees bother him. Ronnie says that he enjoys watching cartoons. He also likes to play games and go to class. In his free time he enjoys playing with play dough. He also likes to play with the other boys. He has a disability that, though not obvious to the eye, may be challenging for him as he grows up. While every orphan needs a family, a child like Ronnie even more so needs the support of a family. This child has so much love to give and desperately needs a mom and a dad to call his own.There is a $4200 Promise Child Grant available to eligible families for this adoption.  Ronnie Ckids@wacap.org