Five things you can expect from a sensory processing screening

Can My New Daughter Eat Too Much? 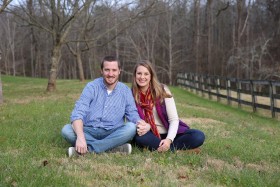 December 2013 was when we first felt the call to adopt! We had heard such wonderful stories of God's faithfulness, miracles, and mercy that other families had experienced through their adoption processes, so we were super excited for the adventure that awaited! After much prayer and counsel, we "knew" for sure we were to adopt 2 boys from Ethiopia.

We decided on America World and joined the Ethiopia program in March 2014. After paper-chasing and sending off our dossier to Ethiopia, we began the infamous waiting process. This time was short lived. Just a month after we sent our dossier to Ethiopia we began to feel burdened and convicted over the increasing need for families open to special needs to join the India program. The initial thought of switching after we had just sent our dossier off sounded crazy to us. I mean, everyone already knew we were adopting from Ethiopia, we had Africa t-shirts made, we had learned about Ethiopian culture, etc. so  why would we think of a switch to India!? We were beyond confused. After the feeling hadn't gone away over the next few weeks, we decided to really consider it. We prayed unceasingly for a week to make sure this was God's will for us. Despite all the logical reasons for us to stay with Ethiopia (money spent, heart set, word was out), we went with our gut and trusted the Lord in making the switch to India (January 2015).

Our story continued to surprise & humor us as we continued through the process of updating our home study, completing a NEW dossier, and sharing the news. We were still telling people that we were wanting to get two boys from India. Fast forward to July 2015 when we got "the call" but not for two boys, but ONE beautiful little GIRL to become a part of our family! Who knows what surprises we will see next, but for now we are absolutely thrilled with our sweet referral for a four year old girl. We can't wait to meet our daughter and bring her home! We are so thankful for God's redirection or else we would have missed out on this amazing child. The feeling of joy and peace that this sweet girl has already brought to us in indescribable!

Trust in the Lord with all your heart and lean not on your own understanding; in all your ways submit to him, and he will make your paths straight.
Proverbs 3:5-6