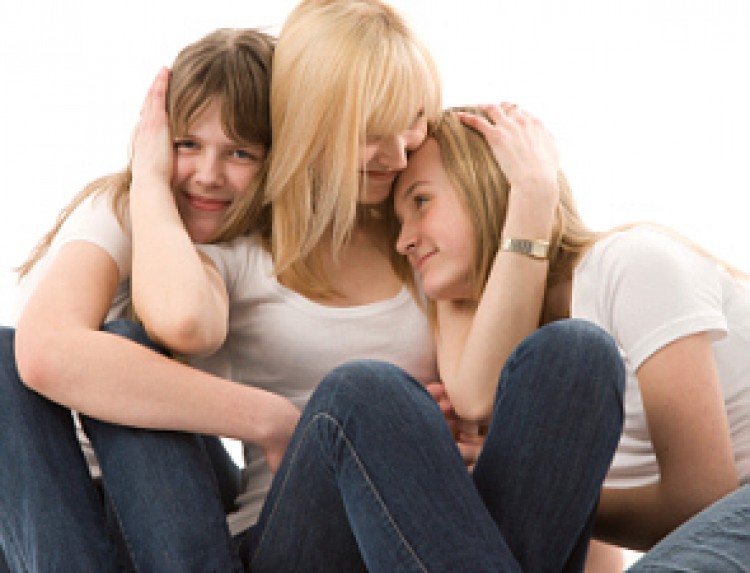 I knew how to treat Eastern European adoptees and American foster children. Actually, by 1996 I was considered an expert with quite a few years of clinical practice under my belt. But, the new little ones I was beginning to treat, the ones from across the other ocean, were giving me pause. Each toddler or young child from China that walked or was carried into my office had incredible anxiety. It was pervasive. I had a sense that behavioral treatments were not going to fix the symptoms and most certainly not the problem, whatever it was. Even the usual relaxing effects of play seemed ineffective, provoking more stress in some cases.

Anxiety, of course, is a part of life. At one end it can be performance enhancing, at the other incapacitating. The anxiety of adoption is also a normal part of every adoptee's life; the "wondering" itself causes anxiety. But, the children from China that I treated seemed to be anxious far beyond those proportions, and at times it was heartbreakingly debilitating. The need to control, the need to check and recheck on mom and/or dad, difficulties with sleep initiation, night terrors and painful separations were the usual worries and complaints that led parents to my office.

I wrongly concluded that a child who was brought to treatment automatically fell into a special group, the 10 percent of adoptees that do not adjust to their new homes and are in need of psychotherapeutic interventions (The therapeutic world now knows this number is inaccurately high, since the study was based on abused and neglected children who entered foster care.)

The children I was seeing fit into their own classification. There was something different in these young children from China.

What we all seemed to be overlooking was the idea that these babies and toddlers had experienced real abandonment. These children didn't just perceive abandonment; they had lived abandonment. In the United States we are not accustomed to "finding" babies on street corners or in parks, a tiny baby, a newborn, left alone in the elements. It seemed a different kind of abandonment, one I call real. Each child was living in her new, loving family with this deep-seated fear. And their anxieties were thought to be common adoption adjustments, not fear! There was a notion that the Chinese adopted baby girls didn't know or remember anything of their past, since many had been adopted before the age of one. Not many adults, prior to the 90s, had yet come to see that a baby could have a broken heart, let alone experience an underlying fear that it would be broken again. Parent-talk of forever families and "I will love you forever" didn't seem to fix the problem for these children.

One day, out of compassion for all the tears I saw at work, I sat down and wrote a story about a baby that was abandoned, describing how I thought she might feel. It was raw. It was graphic. It was heartfelt. It gave reason for the tears, for the anxiety, for the fear. I then discussed this story with each of my little clients' parents and talked with them about their child's own story. I asked that they tell their child's story, confront the anxiety and address the fear. After processing this request with horrified parents (remember this was over six years ago) they agreed it was worth a try.

It was unearthed that one child believed her birthfamily lived in a nearby city. When told her story of abandonment she was so relieved that she was indeed in her "forever" family that she never experienced night terrors again. Another child who needed to play act her abandonment did so with her mom, using the story as a springboard to the whole trutha piece this child didn't know, that there was a second mother, a foster mother, who cared and loved her. And then there was a toddler who stopped the rages to listen to this story. It must have felt so true to her experience that she grieved, along with her mother, giving closure to all those angry days and nights. There were others and the effects were the same.

The anxiety needed to be addressed with words and with truthfulness for the children from China. The anxiety needed a name and the name needed a story. The story explained the purpose for some of the behaviors, as the past seemed to drive the present, which certainly now made sense.

My story circulated and one evening Jean MacLeod of FCC-Metro Detroit called to ask if I would consider writing a book using the ideas I had put to words. I never thought beyond my office, my clinical practice, or the children I treated, so I had to give this idea some time. Eventually I said yes with lots of provisions, in particular her assistance. Later, as fate would have it I had contact with an artist on a personal project. While working together I asked if she might be interested in a charitable project? She was. After two years of word and picture changes and learning more about publishing than I ever wanted to know, I finally had a book. It began as a story I wrote for one child and matured into a book for many.

Hopefully, more parents will now understand the reason for their child's behaviors. Perhaps it can help create empathy rather than frustration. Before I Met You may be used as a tool for children and families who have young children experiencing these same crippling anxieties. And just maybe it can help to mend a broken heart.

Doris Landry has lived and lectured in Europe, Eastern Europe and China.  She continues to lecture on parenting, provide workshops for adoption support groups and conducts educational seminars for adoption agencies. In September 2003, Doris released her first book, Before I Met You