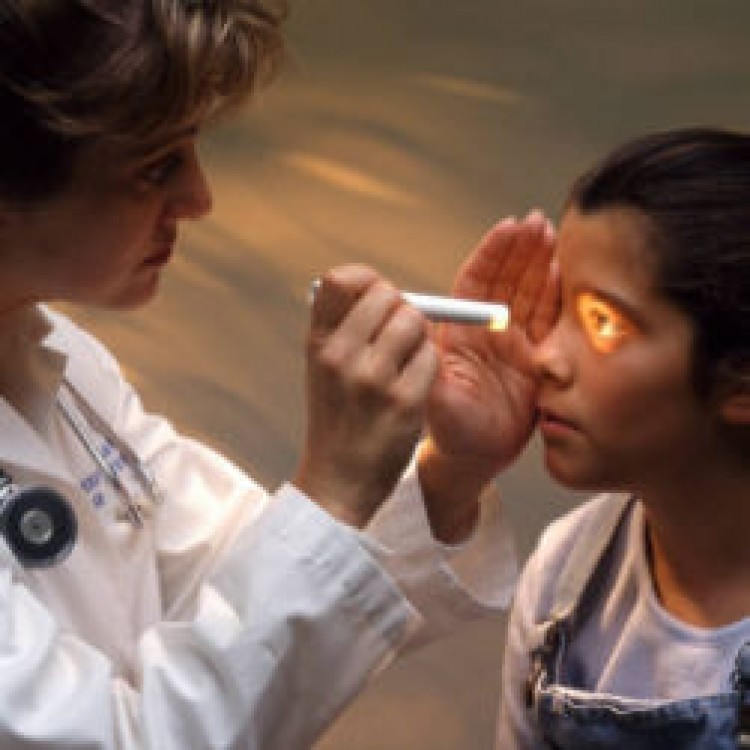 Ann and Stanley Reese were thrilled last summer when they adopted two toddlers from Romania, Ileana and Tratan, and brought them home to Rye, N.Y. But two days later, Ms. Reese noticed that Ileana was limping badly and took her to the emergency room. The doctors determined that Ileana had broken her ankle in two places. Then they delivered the really bad news: she had an advanced case of osteoporosis, a bone-thinning condition that primarily affects older people. Unnerved, Ms. Reese called Dr. Jane Aronson, a New York City pediatrician who is an expert on the health problems of children adopted from abroad.

"Jane laughed and said, 'It's not osteoporosis. It's rickets, but they've never seen a case of rickets in Rye,'" said Ms. Reese, who found out about Dr. Aronson through an adoption Web site.

Rickets, a treatable bone ailment caused by malnutrition and a lack of vitamin D, is usually seen in developing countries. A decade ago, only two or three doctors in the United States had extensive experience inn the medical problems of children born abroad and adopted into North American families.

Today, more than a dozen physicians in the United States and Canada are considered specialists in the emerging field, known as adoption medicine. These doctors offer parents pre-adoption counseling and evaluation based on a child's medical records, as well as post-adoption consultations. Often, the doctors provide the child's primary care. The field attained greater visibility last year when a leading journal, Pediatric Annals, devoted an entire issue to adoption medicine.

Dr. Aronson became intrigued with the field during her pediatric training nine years ago when she sometimes received phone calls from worried adoptive parents. "They would say, 'My kid has parasites, my kid has a positive TB test, and my pediatrician doesn't know what to do,' said Dr. Aronson, whose clinic is called International Pediatric Health Services. "It became clear to me that this was a big population that had nowhere to go for information." That population has only increased since then. In the late 1980's, Americans adopted fewer than 10,000 children annually from abroad, many from Korea. Last year, the figure topped 18,000 with large numbers from China, Russia and other former Soviet bloc nations, India and Guatemala. The emotional and behavioral problems of some of these children, particularly those arriving from Russian and Romanian orphanages early in the 90's, received wide-spread attention because of some high-profile cases of alleged child abuse.

In 1997, an adoptive mother in Colorado, Renee Polreis, was convicted of killing her Russian-born son, who had serious behavioral disorders. But much of what specialists in adoption medicine look for is more mundane. They focus on infections and ailments like hepatitis B and C, tuberculosis, intestinal parasites, scabies and lice. They look for signs of fetal alcohol syndrome, which can cause cognitive and emotional problems, and malnutrition, which can impair growth and motor skills. The run tests on the children to determine whether their record of vaccinations, if one is even available, is accurate.

"A surprising number of internationally adopted children do not receive proper evaluation and follow-up," Dr. Laurie Miller, a pediatrician at the New England Medical Center in Boston, wrote in an editorial last year in The New England Journal of Medicine. Her editorial continued: "Some physicians make the mistake of accepting the results of screening tests performed in the child's country of birth, even though the laboratories there may be unreliable or the child may have become infected after the testing was performed." In parts of the United States where immigrants are uncommon, Dr. Miller added, physicians may be unaware of the need for screening tests. The editorial accompanied a case study of a 9-year-old boy in North Dakota who was found to have tuberculosis two years after he arrived from the Marshall Islands. The child's disease was diagnosed only after one of his guardians contracted it. They study reported that 20 percent of 276 people who had come into contact with the boy showed evidence of tuberculosis exposure.

In another case, New Jersey health officials discovered three years ago that several children adopted from China had elevated levels of lead in their blood, which can cause brain damage. A study of 452 Chinese adoptees that was published last year in the Journal Pediatrics found hat 14 percent had elevated lead levels. In the same study, 35 percent of the Children suffered from anemia, 9 percent from intestinal parasites and 10 percent from abnormal thyroid function. Many of the adoptees also lagged behind American-born children in height, weight and head circumference.

Much of what adoption specialists do, said Dr. Jerri Ann Jenista, a pioneer in the field, is evaluate as thoroughly as possible - before the adoption is final - the medical conditions of children that a family is thinking of adopting. Dr. Jenista, a pediatrician at St. Joseph Mercy Hospital in Ann Arbor, Mich., as well as the adoptive mother of five children from India, said she had performed thousands of such pre-adoption consultations in the past few years. Wide variations in the amount and accuracy of the records can complicate the task. "From Korea, we get extensive information, including how many doses of cough syrup they've been given," said Dr. Jenista. "From Guatemala, we typically get a one-line statement saying the baby was seen, is healthy and has all major body parts." Some countries send videos of the children, which can offer a great deal of information about developmental issues, she said. In making her evaluations, Dr. Jenista said, she outlines what she perceives to be the child's main health risks and explains what resources the parents may find useful. But even when she believes a child has major disabilities, she said, she presents the situation frankly to the parents but stops short of advising them about whether to proceed.

Recently, Dr. Jenista said, she evaluated the pre-adoption records of a Russian 3-year-old, who was the 10th child born to chronic alcoholics and was the size of a 1-year-old. She explained to the boy's prospective parents that he was likely to improve but would probably continue to have major developmental difficulties and require support for the rest of his life. "So I tell them, if that's what you envisioned as a parent, then adopt him," she said. "But if you envisioned that he would just need some early intervention in school, speech therapy, and better nutrition and would then be indistinguishable from al the other second graders, and you'd all live happily ever after, that isn't going to happen." But some problems are hard to predict.

Nancy and John Crotty, a couple from Rye, were excited when they adopted 5-month-old Anna from Hungary four years ago. But because her pre-adoption medical records gave her a relatively clean bill of health, they were completely unprepared when she repeatedly suffered from asthma attacks ad other respiratory ailments, most likely from poor orphanage conditions. "We were in and out of hospitals," Ms. Crotty said. "I took for granted that the medical record given to me was true, and I had no idea then that there were special doctors that took care of these children." When the couple adopted another Hungarian child this year, they consulted with Dr. Aronson before and after bringing the boy home. For some new parents, the children's medical problems can feel overwhelming.

Thais Tepper of Washington, Pa., adopted an 18-month-old boy from Romania in 1991 and quickly realized that he had severe problems. He did not start talking until he was 3 and ½, had severe trouble tolerating touch, sound and other stimuli, and he engaged in repetitive behaviors like flapping his hand in front of his face for long periods. Ms. Tepper finally found a specialist who said her son, Drue, had reaction attachment disorder, a condition in which children have difficulty bonding with others because of early deprivation. Drue started receiving six sessions of therapy a week for physical, speech, psychological and other problems. Though he still has some learning disabilities, he now attends a regular fifth-grade class. In response to her difficulties, Ms. Tepper helped to start the Parent Network for the Post-Institutional Child, an organization offering parents the chance to compare notes and information on medical and developmental issues. "We developed the network because the only real support you had were other people," she said. "It was horrible because you would think you were doing something wrong if you didn't know other parents." Despite the obstacles, the specialists and parents say that most of the children's medical problems are treatable and even those with more serious developmental difficulties generally recover.

Dr. Jennifer Ladage, director of the Foreign Adoption Clinic and Educational Services in St. Louis, estimated that only 3 to 5 percent of foreign adoptees continued to have major long-term behavioral and emotional problems. For children adopted after 2, however, some studies indicate that as many as a third may have lasting problems. Dr. Ladage became interested in the field in 1996 when she adopted a boy from China. Alex, her son, had an unrepaired cleft lip and palate, and at 14 months was not walking or even sitting up by himself. But within six months he had developed motor skills appropriate for his age, she said. He also recovered well from surgery to his lip and palate. "In most cases these children catch up, and some of them show such rapid growth and developmental milestones that it's pretty amazing," she said.

Now, Dr. Ladage added, she cannot imagine her life without Alex - and she is waiting eagerly for approval to return to China and adopt another child.