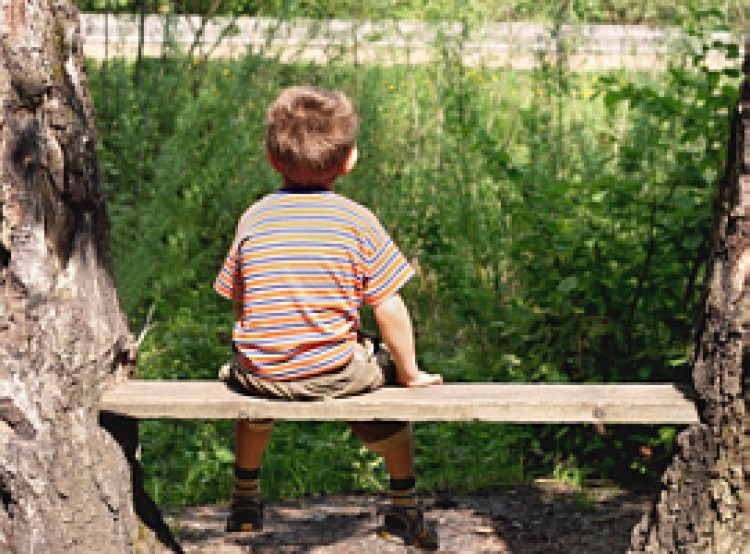 After 8 years as an adoption medicine specialist, having evaluated over 1200 children in my office, I can honestly say that my major focus and concern in doing this work is helping families be more prepared before and after their adoption whether it is the adoption of a younger or older child. What I try to teach families follows the acronym: PRE- Preparation, Resources, and Expectations . A simple story of an adoption of an older child will solidify what I consider the essence of the work of any adoption professional whether medical or non-medical with a family adopting an older child from abroad.

I received a frantic e-mail from an American journalist living abroad in Italy for the past 15 years. She is a single parent who within the last three months has adopted a 7-year-old Ukrainian girl from an orphanage. She had a number of questions regarding the psychological adjustment of her daughter and the questions were more challenging than e-mail could address so I asked her to set up a consultation with me by phone.

The past medical history about this child was not available to the parent before the adoption and the parent did not engage an adoption medicine specialist to review information at the time of the adoption in the Ukraine . Her daughter of course spoke no Italian or English, which are the primary languages of the parent. For the almost three months that she had been living in Rome , the child was often frantic and even feral from the description. She often screamed loudly and neighbors had become concerned. The screams were precipitated by predictable circumstances wherein the child could not communicate her wants and needs or could not understand what was expected of her. She wanted Gelato in the middle of the night and could not quite understand that it was not available at that hour. She was tired, but too frightened to lie down in the dark and instead stayed up for hours vigilantly not quite outlasting her mother's bedtime. She ran into the street when in anguish jeopardizing her physical safety, finding little solace in the calming Italian words of her well-meaning mother.

The police came to the apartment late one evening because her screaming disturbed the neighbors. The mother explained that she had adopted the child from the Ukraine , but they repeatedly asked questions insinuating the possibility of child abuse. They didn't understand this adoption, as it is not an accepted practice in Italy for a single parent to adopt a child. They threatened to take the child away from the parent until it was revealed that the mother worked as a journalist for a prominent publication. They left apologetically. The mother told me that most recently she had hired a Ukrainian speaking babysitter and the child was screaming less often. The mother arranged an hour phone consultation and I attempted to do some damage control without the kinds of pre and post- adoption preparation that would have possibly lessened the drama of the above story. The mother was unaware of psychologists in Rome who specialized in adoption who would be available to help her daughter and after some investigations, I learned that occupational therapy is not an available resource in Italy .

What can we learn from the story? Adopting an older child requires hours of preparation before the adoption; resources need to be in place and available. Who should be preparing parents before an adoption? If the adoption is facilitated by an adoption agency, then the assigned social worker and the agency should be providing the pre-adoption preparation. What should this preparation entail? Preparation for adoption can be accomplished in one-on-one sessions with a social worker, workshops with adoption workers as facilitators with other adoptive parents who have been through the process or with families doing the process currently, and with experts from different specialties such as speech and language specialists, physical therapists, occupational therapists, physicians, and psychologists.

Guided readings about normal child development and institutionalized effects on development need to be part of the pre-adoption process. Dr. Johnson has mentioned some of these readings in his references. For parents who have not parented before, attending parenting sessions may be integral to this pre-adoption process. New parents need to learn this new role; parenting is not genetic. A basic understanding about eating, sleeping, play, structure, and socialization for children is the heart of parenting classes. Preparation may be somewhat theoretical, but exposes families to what the potential issues may be for a child adjusting to family life from institutionalized life.

Families need to know what resources are available in the local and national community and they need to know the nuts and bolts of how to access these services before the child arrives. To be in the position of looking for a translator or a neuropsychologist who specializes in children adopted from abroad after a child arrives and is frustrated and frightened is far from ideal for the final success of an adoption. Note that many specialists who are not in your community, may be accessible by a weekend visit out of town, or at least for phone consultations. Find the universities in your community; even if the specialist doesn't concentrate on internationally adopted children, she or he may be open to learning. Eager and enthusiastic professionals may be just as good as experienced ones.

Know the alphabet of websites of adoptive families advocacy groups i.e. FCC, FRUA, EEAdopt, LAPA, and APC (see the Adoption Resources section of this site). Parents who have adopted know "the drill". They may know the resources in your community already and you won't have to re-invent the wheel. Adoption agencies need to be very integral to the post-adoption process with frequent follow-up and support to help families access the resources they need to secure a successful adoption. 24-hour on-call support from agencies may be necessary.

Financial resources are important to consider. Many services are provided free, through the government or through health insurance, but additional services will most likely be necessary and this must be figured into the equation of the costs of an international adoption.

If the child is younger than three, then a call to the local Early Intervention program through the department of health, to learn how that service works is imperative.
Knowing how long the home-based evaluation takes and when services will be implemented will decrease frustration.

If the child is older than three, a visit to your school district office to arrange for an evaluation when the child arrives is a simple task. Learning how your school district handles kids who don't speak English is essential. "English as a Second Language" is probably inadequate for most school-aged children adopted from abroad. It is a limited program meant for children who are most likely speaking their native language at home with their birth family. Finding translators in the community who can be available on a fulltime basis in the early months until at least receptive language is acquired works well to avoid crises. Evaluators for school assessments for older children must speak the native language of the child to do an accurate job. Translators who are available also on an emergency basis is necessary to avoid the kind of calamity described in the story above. Churches, hospitals, and refugee programs are great sources of translators.

Parents should also take beginner language courses to be able to ask the child simple questions regarding activities of daily living like eating, bathing, sleeping, and bathroom needs. On that long flight home or late at night when a child is cranky or uncomfortable, knowing some simple phrases can go a long way. "Are you hungry?" "Do you need to go to the bathroom?" "Does something hurt you?" "I understand." Gestures can be helpful, but are time-consuming and indirect. Playing Charades is okay when a child is happy, but not when they are in pain or frightened. If the Ukrainian babysitter had been in that child's life when she first arrived in Italy , I don't think the police would have ever been involved.

The E part of the acronym is Expectations . Being honest about your expectations of your child is the hardest part of the job of a parent. If the child and the family have been matched appropriately by the adoption agency prior to adoption, then expectations become much more realistic. I believe that the heart of a failed adoption is probably because the match was not based on realistic expectations. Unfortunately, what is known about a child's medical and developmental background is quite limited in most countries. A pre-adoption evaluation by an adoption medicine specialist will at least serve to guide parents about the potential health issues. When I do a pre-adoption evaluation of a medical abstract, I try to understand what the family expects from the child they are considering for adoption. I ask the family "Are you prepared for a child who may require therapy on a daily basis?" "Are you prepared for your family life to change?" If a family has other children or other family members living in the home, I try to explain that the family dynamics will change. If there is an only child living at home, that child has to be prepared for the changes as well.

The process of adoption involves ups, plateaus and downs. I often refer to the ups as honeymoons. When the child first arrives, there can be this enormous elation for the entire family. The child gains weight, grows in height, and enjoys new toys and even develops social connections. Then after a few months, there may be new challenges; school begins and the expectations increase daily. The child may not be able to keep up with these challenges and frustrations may ensue, especially if the child has difficulty acquiring language and expressing language. The key to success is having realistic expectations, re-evaluating expectations periodically and knowing the resources beforehand so that you can pull that rabbit out of the hat whenever you need to. A good sense of humor is probably helpful too, but support is probably more important. Family members, friends, and professionals need to be available to support adoptive families as they embark on this potentially rewarding adventure of making a family. Creating small local support groups of families with similar needs is also a simple, but effective way of managing the stress of a new adoption. There will be moments of exhaustion, frustration, and exhilaration.