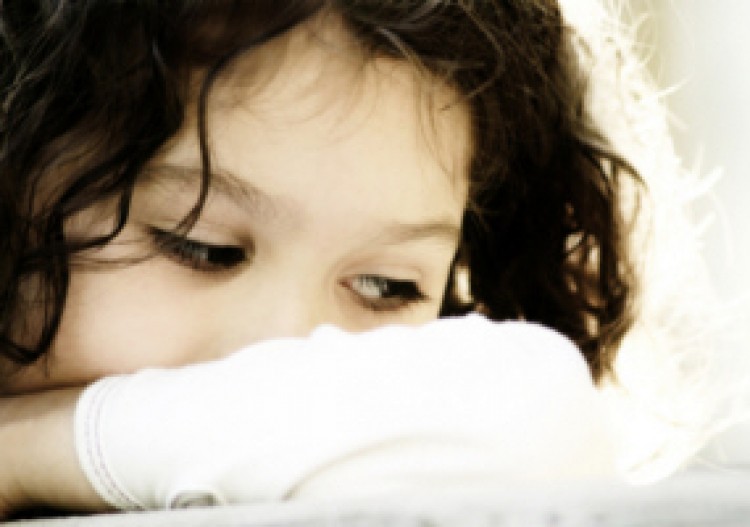 Within the literature of adoption there are few references to the disruption of an adoption. Disruption is the termination of a family relationship between an adoptive parent and child.

Despite statistics that can be found online, disruption in international adoption is rare.

The stigma of disrupting an attempt to adopt a child, or even the finalized adoption, is viewed as a shameful act of abandonment and a failure on all those involved in the adoption process. It is parents' worse fear to adopt a child that they then find they cannot bond to, or that the child has behaviors that are not manageable within the family unit. The parent-child relationship is a 'mismatch' some say, and the child would be better off with a different family.

It's important to note that MANY families, especially mothers, feel overwhelmed after an adoption. Feelings run very high and manic for many parents pre-adoption, and the reality of a very real child can be simply crushing. But the key in these situations is for a family to be able to step-back, reach out for support and receive post-adoption services. A feeling of 'mismatch' when a child first comes home can be a distant memory a year after the adoption. Post-adoption depression and isolation in new adoptive parents are common and should not be ignored. With treatment and peer support, parents often get through the initial adjustment period with flying colors.

In fact, ask many families you know well who have adopted:  "Did you ever think this was a mistake" and many will honestly answer "YES" but then go on to tell you it was a temporary feeling that went away with time and the bonding process.

But what about when the adoption is truly a case of mismatch?

Joyce & Bill Hanson* adopted Jei Win, a 7-year-old, from China . The parents of 2 pre-teen boys, decided to finish their family with a beautiful little girl. They had been on adoption e-mail lists, talking to other parents of older adoptees for almost a year when they traveled. They felt prepared by these families and also by their supportive adoption agency's educational programs they had participated in. What they didn't expect was to meet a little girl who was firmly bonded with her foster family and had not been told she was being adopted. The child ran away from the family while in China , cried endlessly and through an interpreter the family realized that their daughter believed she had been kidnapped.

The first month home, Jei Win attacked both of her new brothers, ran away and even resorted to self-violence. Jei Win's grief and her feeling of a lack of control over her own life were bottomless. The family entered counseling at their agency with a Chinese interpreter. Although Jei Win did begin to accept that she had not been kidnapped, her anger towards her adoptive parents did not diminish. Unfortunately, in the 2nd month after the adoption, Bill was diagnosed with cancer.

Cut-off from their formerly loving adoption parents e-mail lists, and with only the sympathy of her family and not any understanding, Joyce felt depressed, isolated, and unable to cope.

"I wasn't in a place to parent this grieving, special little girl. I was failing her, the rest of my family and now my husband had cancer and we were fighting every day about what would be the best outcome for all of us," shared Joyce.

In the end, Joyce and Bill were part of the process of approving a new adoptive family and transitioning Jei Win to the family.

"Jei Win is now so much happier. Maybe we could have made it if Bill hadn't gotten sick, but I don't think so. In her mind, we had personally destroyed her world. She needed a fresh start, and as it turned out, Bill's physical needs would dominate our family for a very long time. We still hear from her family often." says Joyce, "But the truth is, no one understands this except someone who had had to make this difficult choice. "

It is a common understanding, and definitely counseled to all families adopting children from institutions, that there will be delayspossibly eating or learning disorders and definitely behavior issues that will need to be worked through.

For Diane and Matthew Kramer , their 8-year-old son from Russia embodied many of these. But all were manageable. Nicolas came to them as a small, but very bright and definitely willing to bond little boy. Although strong willed, Nicolas was very clear on who his mama and papa were right from the start. He was thrilled to be adopted and exhibited very few behavioral issues. But as the months went by, Diane and Matthew both felt the strain of unreached expectations.

"I guess we just thought we would love him sooner," revealed Matthew. "He obviously is crazy about us, but I just find myself coming home from a long day at work and wishing he would calm down "

Meanwhile, Diane felt the need to make up for Matthew's lack of involvement. "I know how Matthew feels, but it's a stress on me to try to be two loving parents when he isn't willing to put for the effort."

The couple was lucky to be able to be open and honest, and to be part of an adoption support group in their community. "We're told to fake it until the emotions kick in, and that's what we are doing."

Will they disrupt the adopiton? "NO!" Say both parents.

"Nicolas is ours. We like him and truly care for him, and he adores us. He is our son. The love will come. It's only been a few months, and already things are feeling more normal, like a family. I know in my head it is just about adjustingbut I'm living it, so the 'knowing' and the 'doing' are not always in-line with one another."

Some of the behaviors reported as significant reasons adoptive parents chose to disrupt an adoption were:

In a recent survey on AdoptBlogger.com , readers participated in a poll about Adoption Disruptions. The question asked was:

"Would You Ever Disrupt Your Adoption? "

161 people responded, with the following results

It is interesting to note, that despite loud upheaval from activists in the adoption community, stating that most families would never disrupt, this poll shows that in fact a majority would consider doing so. But that also leaves up a wide and ugly question:

Do families who adopt feel that the children are returnable?

No, I would have to say, absolutely not, says Vicki Polinski, a social worker in the adoption field. "If anything, we are seeing a downward trend in adoption disruption for all children under age 9 years. For children adopted in their teen years, the numbers remain steady." The reason for this change?." I think parents are more prepared these days. If they request an older or special needs child, they both self-prepare and are open to educational and supportive opportunities. "

In the end, the disruption may be the best thing for both the child and the adoptive parents but there are bound to be some emotional wounds from the experience. In addition, the adoptive family will not be allowed to simply return the child to the adoption agency. Many are asked to find another family willing to adopt their child. Some are asked to pay child support if the child returns to an agency. However, when the disruption takes place, it's important for the child and family to get counseling, resolve the hurt, and to realize that mismatches can happen.

*All names have been changed to protect families.