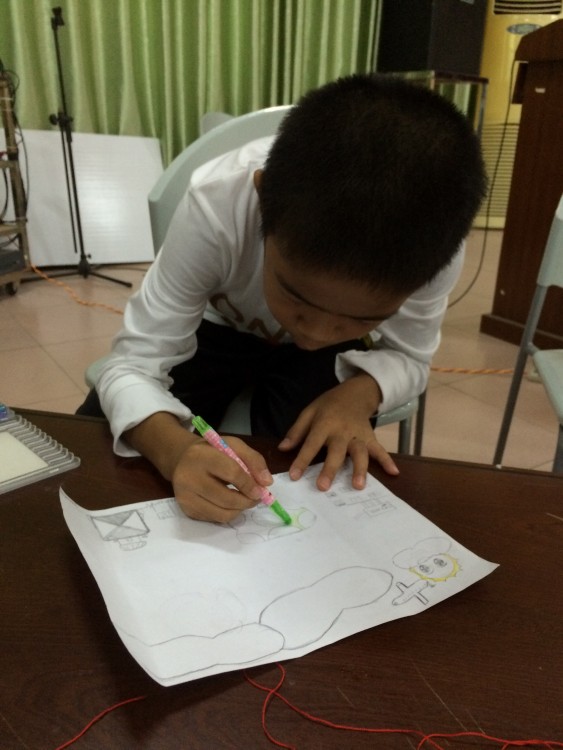 UPDATE! We are THRILLED to share Brady has a forever family!! Thank you to all who helped advocate for Brady!

Brady is well known throughout China after he was featured in a news story that spread throughout the country. His story was shocking and heartbreaking as it told his plight as an orphaned boy with HIV, forced to fend for himself. Now he is cared for in a Holt-sponsored group home for children with HIV where he is waiting to be matched with an adoptive family. Amanda Bray lives in China and got to meet Brady when she joined a group of Holt Ambassadors who were visiting the care home. Help her advocate for him to find a family that is deserving of such a caring and talented young man.

Please, share his story and together lets find Brady a family.

Life for children with HIV in China is hard. Through no fault of their own, they have to live with a stigmatizing disease that shows no outward signs but results in a broken childhood and a bleak future. As an expat living in China, the stories from the HIV+ community broke my heart. The more I learned about these people, the more I wanted to help however I could.

When I first started looking for information about HIV+ orphans in China, I soon found a popular news story about a young boy. He was living alone, caring for himself and his dog. Soon after this boy’s last living parent had died from AIDS, doctors diagnosed him with HIV. His small village community and relatives, who had been open to caring for this orphaned child, were now wary of him. The community continued to provide some food and clothing for him, but no one would allow him to live in their home because of his HIV status. His friends quit playing with him, and his school told him he could no longer attend classes. He had to cook his own food, wash his own clothes, and put himself to bed each night. He was only 6 years old.

Sadly, his story is not uncommon, and the HIV+ community in China deals with consistent isolation. Schools deny education to many Chinese children with HIV. Doctors and hospitals may refuse to treat them. As they grow up, their situation does not improve. They struggle to find jobs if people know they are HIV+, and landlords can refuse to rent homes to them. Most have to live in secrecy, with the daily fear of someone learning about their HIV status. While China is working towards educating its people more about HIV and how it spreads, most people are still very hesitant to accept anyone who is HIV+.

In the fall of 2015, I learned about a Holt International ambassador trip to a group foster home in southern China. All of the children at this foster home are HIV+. Holt was looking for ambassadors to go meet the children awaiting adoption and help share their stories with the hope of finding each child a forever family. I jumped at the chance to advocate for these children and met the ambassador team when they arrived in China.

During our four days in southern China, ambassadors were paired with a few children to get to know. One of the children partnered with me was an 11-year-old boy named Brady. Our first meeting with all the children was at the local orphanage in a large community room where we could play games and interact with the kids. The kids came walking up the road with a spring in their step and smiles on their faces. Everyone could tell that they were as excited as we were to meet! There were three boys in the group, and I immediately recognized Brady — his handsome dimples just melt your heart! I do not think that I ever saw him stop smiling during the four days that we were together. When it was time to play games in the community room, we taught the children how to play 4-square. Brady was obviously the most athletic kid in the group.

When the game ended, and we were working on some puzzles and board games with the kids, one of the Holt staff members came over to me. She wanted to tell me something she had learned about Brady’s past. She told me that he was quite well known throughout China. As she was sharing his story, I realized that he was the same boy from the news article that I had read many months before. Knowing his past and seeing him now with that amazing, dimpled smile, I immediately burst into tears. As my time with him continued, I rejoiced that he now had a home with people lovingly caring for him. And I rejoiced that he now had hope to soon be adopted into a permanent, loving family.

Brady may have had a rough start in life, but you would not know it by looking at this happy, active and handsome boy. He has been living at the group home for five years now. His caregivers said that when he arrived, he struggled with authority. Before, he had been so independent, and they said that he is still learning how to handle their correction and advice. They said he is smart, introverted and self-protective. But that if he becomes angry, he is quick to move on, and he is not an aggressive child. His caregivers also said he can recognize when he makes a mistake, and he is quick to admit them. They mentioned his obvious athleticism, and that he has the ability to play almost any sport. I watched him conquer a challenging ropes course in the park one day. He was the first one to finish the entire thing, and he went back through it two more times before everyone else had finished! During my time with him he told me, “I want to play ball on a sports team in America!” Athletics and competition are definitely something that he finds joy in. As I watched him throughout the week and got to know him better, I began to see how much his past has shaped him into the brilliant, caring and independent young man that he is today. We took the kids out to the park for the day, and they brought all the food with them to make lunch for everyone. Brady helped unload everything from the bus and started building a fire for cooking — all by himself. He gathered the wood, arranged it in a pile, used a lighter to get it going, and then he tended to the fire until it was just right for cooking.

The next day, Brady continued to show that he is quick to care for and help others. We were all pairing off to ride the boats in the park pond, but Brady, instead of choosing to go with his friends or waiting for someone to ask him to join them, chose the youngest girl in the group and made it his responsibility to take care of her. He helped her onto the boat and sat with her. He gave her snacks to feed the fish. He pointed out interesting things to her. After the half hour boat ride, Brady helped her out of the boat and stood with her until it was time to move on to the next activity.

Brady is a charismatic, relational and adaptable young man. He is helpful and loving towards his friends in the group home, and he is respectful to his caregivers. We saw him as a leader as well as a servant all throughout the week. He told me, “I like school, and I like learning languages,” and it shows. He enjoyed sitting down with one of the ambassadors as she taught him some English words. He understands what adoption will be like and looks forward to living in America with a forever family — and hopes life in America includes playing sports! This young man needs a family to love, support and encourage him, and I believe that he will make an amazing son! A family will give him the opportunity to grow and thrive. Adoption will give him hope for the future, despite what a blood test might say.

For more information about Brady, contact Jessica Zeeb.  Please help us advocate for Brady by sharing his story on social media!

For more information on HIV+ adoption follow the links below to read stories about families who have welcomed HIV+ children into their hearts. Parenting with Narratives: The A, B, C's of Adoption Stories