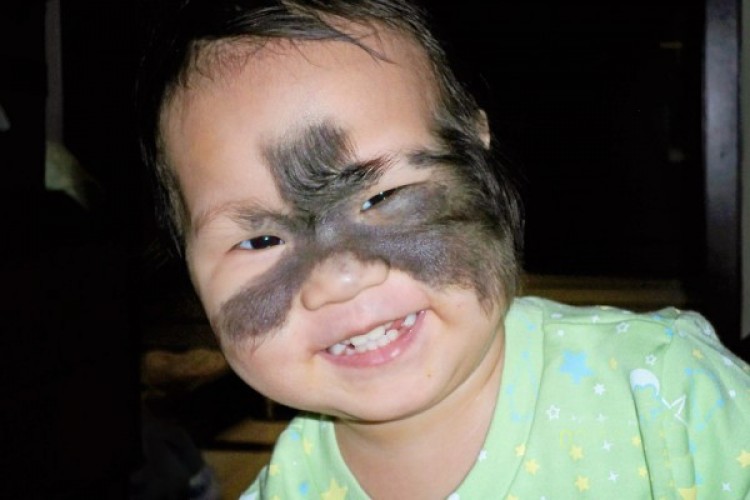 That, in a sense, is how I have felt since my youth.

We began our first adoption process in the fall of 2006 pursuing China’s non-special needs program. Our small agency did not have a special needs option. Had we stayed on that path, today we’d still be waiting for a referral. About 2 years into the adoption process, the wait time for a NSN child was getting longer and longer. Knowing that we would likely wait a few more years for a referral, we decided it was time to make a change. We researched programs in other countries, domestically pursuing foster to adopt, and then finally began looking at switching agencies to shift to the special needs program.

Special needs seemed intimidating to us. We already had three children. We feared taking on more than we could handle. We were quickly surprised by how many beautiful children were considered “special needs”. Many had minor, manageable needs. One day, I ran across a precious little face that I knew was meant to be our daughter. I forwarded the photo to my husband with the question, “What do you think?” Her stated special need was the large birthmark on her face. It wasn’t long till I got a response that he too thought she was beautiful and meant to be ours. I was so excited!

It just so happened that at about this same time, the agency we were with merged with a larger agency, which was part of China’s Special Needs Program! We knew this was meant to be!

Our research began to find out the medical term for her birthmark and any potential health risks. As many of you know, a lot of information can be found on the internet but it’s not all accurate. I was able to determine that it was called a congenital nevi and that they can be various sizes and/or present as many smaller spots all over the body. Much of the information seemed to point towards a high risk of melanoma. We also received a questionable outlook from the international doctor that reviewed her file; this was in conjunction with her seeming to have a small head circumference.

The best resource was connecting with a Yahoo group (and now Facebook) for families of nevi owners, as well as an outreach organization – Nevus Outreach – that was able to provide us with more accurate data. These connections led us to understand that overall those born with congenital nevi have only a slightly higher risk, than the general population, of developing melanoma. The benefit of nevi owners is that typically they are closely monitored by a dermatologist and it is caught early on. A small percentage of nevi owners can develop other, often manageable, issues; but a small percentage of these cases can face more challenging diagnosis.

I’m not sure that any information could have changed our minds at the time. In March 2009, we brought our 22-month old Shandong princess, Angel, home! She is a bright, beautiful, and spunky girl who steals everyone’s heart.

Most congenital nevi do not require removal; just close monitoring by a dermatologist. Removal is often done for cosmetic reasons. Nevi can grow hair, which can get rather long. From our experience and in following many other families who have gone through it, removal surgeries are often covered by insurance due to the potential risks.

Due to the location of Angel’s nevus, we chose to have it removed. She went through a round of tissue expanding, one skin graft, and several detailing surgeries in the first few years she was home with us. Today she is eight and a half years old, a happy, sassy, confident girl who still steals the heart of those she encounters. She has faced some questioning comments from peers; we equip her with the option to share as much or little details as she wants when people ask questions. Then, in early 2011, we were led to bring home two more nevus owners from China. In November 2011, Tegan (from Shanghai) and Corban (from Guangdong) joined our family! Tegan, like his sister, had a large facial nevus. He also has some smaller spots, called satellites, scattered across his body. Corban has what is calleda bathing trunk nevus. It wraps around from just above his waistline, stops just above the thigh on the right leg but goes all the way down to just below the knee on his left leg. Corban also has various sized spots all over his body, over one hundred of them.

Both boys have gone through three rounds of tissues expansion surgeries. Tegan’s facial nevus is almost fully removed; he will have a skin graft surgery later this year for under his eye. Angel went through a similar surgery. Corban is done with tissue expansions. His giant nevus will never be able to be fully removed due to the extent of his nevi; our goal was to get the larger area to below his waistline. Corban will have a scar revision surgery and excision of a facial spot later this year, as well, mainly due to their hairiness.
Corban and Tegan are now nearly six and a half years old. They are full of energy and confidence. They own their scars and nevi, their nevi do not own them! While Corban was quite delayed when we met him, he has mostly caught up. His delays were due to institutional life, not his nevi.

Overall, I have to say that our experience with people’s reaction to the spots has been more out of lack of awareness than out of rudeness. Most people have asked if our child got into markers or how they got the big bruise. After surgeries, especially with our facial nevus owners, people jump to conclusions as to why they have scars – the most often speculation is that they were mauled by a dog. We will never know if surgery was the best choice for each of our kiddos but we made our most well-educated decision based on our research and resources.

Removal is not a requirement and there are days we miss the precious spots that made them who they are. Overall, this is truly a non-special need (manageable need), in our book. Close monitoring by a dermatologist, sun protection, and for our kiddos, moisturizing are the proactive steps necessary in caring for nevus skin.

Our approach with our children’s different appearance is that we are each uniquely made. Additionally, we point out how we also have many similarities. Being open with discussing their feelings and concerns is important; in addition to, telling them how smart, talented, and beautiful they are.

To discuss adopting a child with nevi you can contact Tracy here.

Adoption Disruption - The Elephant in the Room