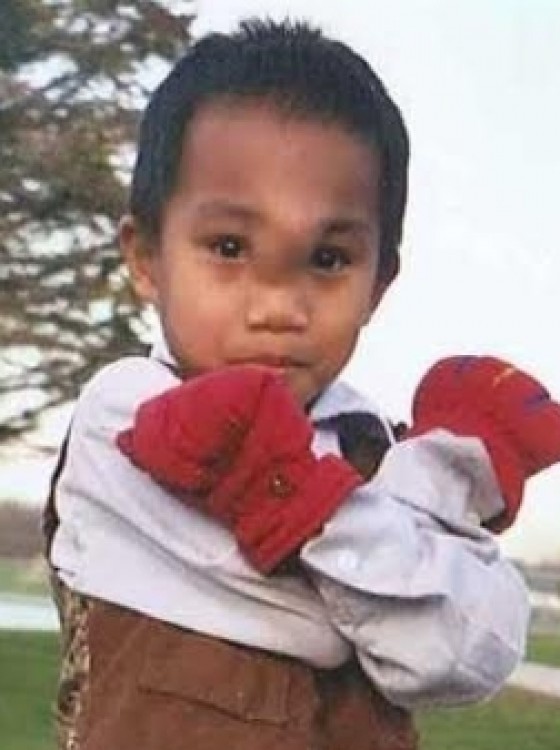 I Always Knew I Would Adopt

I looked into several countries, but I kept coming back to the Philippines. My Dad had served there as a young man during WWII and talked about it so much as I was growing up that the Philippines always felt like part of my life. I chose to adopt through Wide Horizons For Children. They had an excellent reputation, years of experience working in the Philippines and when I spoke to the Program Manager I sensed she would be a supportive guide through this emotional process.

To my surprise, it wasn’t long after I applied to Wide Horizons For Children, that the Philippines Program Manager called me to talk about a little boy who was waiting. She shared: “There’s a little boy, Joshua. He has some medical issues”.

I didn’t hesitate to learn more, it just felt right, and she sent me his file to review. However, before I even reviewed his file, I knew in my heart this was my son.

The ‘issues’ that Joshua had were a nasal encephalocele, a history of mild seizures, a marked propensity for sinus infections, and two short toes.

Other than that, his paperwork described him as an outgoing, intelligent, inquisitive, helpful four-year-old who liked to put on his best shirt and greet every visitor at the door of his orphanage just in case they were coming to see him. (That still gets me teary-eyed.)

I’d like to say, ‘before I knew it, I was bringing Joshua home,’ but the months between learning about Joshua and flying to Manila felt like an eternity. Working with Wide Horizons through the paperwork process made me glad again that I’d chosen them. They were always only a phone call away to answer all my questions.

Meeting Joshua at the Orphanage

Finally, it happened. I was at the orphanage to meet my son. I expected Joshua to be waiting at the front door for me. I thought he’d throw himself into my arms, call me “Mommy” and everything would be wonderful from that moment on.

Things didn’t quite turn out that way.

We went to the orphanage office and when they brought Joshua in to meet me, he had an expression on his face like he thought maybe he owed me money. He was so reluctant to come to me that he had to be bribed with a cookie to even approach me. He seemed proud to point me out to his little friends who were gathered at the office door, but he seemed more interested in the fact that he was leaving than who he was leaving with. Which was OK. I knew it was going to be a big change and challenge for him. For both of us.

As we left the orphanage, Joshua was joyfully calling “BYE!!” to everyone, but that glee ended when we got to the hotel. He briefly explored the room then opened the door and started to walk into the hallway. I stopped him and closed the door.

Well, he proceeded to throw a fit. He sat on the floor and wailed and sobbed and kicked his feet. Our guide came and told him, in Tagalog, that he couldn’t leave the room without me. He calmed down but he remained sitting on the floor, staring forlornly at the door.

I wondered what I had gotten myself in for, if tantrums were going to be the recurring order of the day. He didn’t speak English (except the theme song ‘Go Go Power Rangers!’) and I didn’t speak Tagalog and I didn’t want to set him off again, so I sat on the floor near him, moving closer little by little until I was close enough to pick him up and hold him in my lap, where he fell asleep.

Later, after dinner, back in the hotel room, Joshua sat at the table with crayons and a coloring book. He’d seemed subdued since his tantrum, but suddenly he jumped up with his coloring book, “Mama, look!” Or “Mama something” that sounded like ‘look!’ by his inflection and the fact that he brought the coloring book over to me and pointed to what he was coloring. I was appropriately impressed, and he brought his crayons and climbed onto the bed to sit next to me to continue coloring.

Our First Weeks as a Family

The first several weeks we had many gaps in our communication, but pretty quickly we figured out non-verbal ways to communicate. Everything was new to Joshua, from driving in a car to being mesmerized by animals. I tried to see things through his eyes of all this newness. His mind was always curious about this big new world he was exploring.

He was also quick to be overwhelmed by this big new world with so much unpredictability. A small tug on his backpack to keep him near me could set off a tantrum.

I had to keep reminding myself, how hard this was for him and not get overwhelmed myself when he was feeling overwhelmed.

While the trip to the Philippines was relatively short, only a week, I was homesick and ready to start our new life together at our home in the United States. I was overjoyed when we finished the adoption paperwork one day early with a visit to the ICAB (Inter Country Adoption Board). The staff gave Joshua a tiny Philippine flag and a toy Jeepney.

Once we arrived home, we both had a big adjustment. I had to get used to becoming a new parent and Joshua had to get used to new foods, language, sleep schedule and climate. Being home was easier for me, but new parenthood was a challenge. I’d been on my own for years and used to doing what I wanted, when I wanted.

Sleeping in? Not a chance. Sleeping in a bed, even?? Nope. Joshua didn’t like sleeping alone in a room and, after trying the first night home to sleep on the floor next to his bed, for the first couple of weeks I let him sleep on the couch while I slept in the recliner until he became used to having his own bedroom.

I have to admit for the first several weeks that Joshua was home, I didn’t feel like he was my son. Honestly, it felt more like babysitting.

Then one day something changed for me; Joshua was walking past me and I thought, “That’s my kid. That’s my son. He’s mine.” I grabbed him in a hug and said, “My Baby!!” (only half facetiously.) He laughed 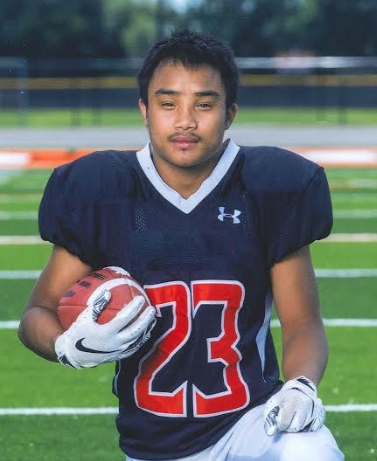 and hugged me back and from that moment he was mine and nobody else’s, and it never again seemed like I was waiting for someone to come pick him up.

Due to his encephalocele, scabies, two tiny toes, and history of seizures, Joshua had what seemed like a dozen doctor appointments scheduled at our local Children’s Hospital those first weeks he was home. Many times, we were met by doctors who didn’t seem to “get” adoption at all, and it didn’t always feel like they were on our side. It took some searching and changing doctors to find the right team to help address Joshua’s medical issues and perform his surgery. Thankfully, he had a successful operation to remove his encephalocele and rebuild the bridge of his nose.

Thirteen Years as a Family

That was almost thirteen years ago, and now Joshua is a senior in high school, old enough to begin applying to colleges.

My Baby. That little boy who used to fall asleep in my lap and needed me to cut up his food for him, is getting emails from college football coaches and filling me in on the pros and cons of all the schools he might choose to attend.

Joshua has grown into the most amazing young man.

He serves at Mass every Sunday morning, whether he’s scheduled or not. He’s won an award for his artwork, he sings with his high school’s Men’s Choir, he’s been on baseball, soccer, basketball, wrestling, and track teams, and his football team just finished an undefeated regular season.

He makes sure my phone is charged, cleans the bathtub after we wash the dog, leaves a light on for me if I’m getting home after dark, and when I cut my finger on a broken Christmas ornament the other day, he immediately retrieved a Band-Aid and patched me up. And above all, he is kind to his peers and his teammates.

I am one proud mom!