What You Should Know About Parenting Your School-Aged Child 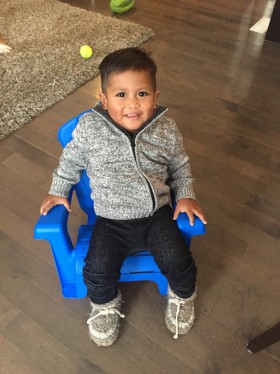 The need for international adoption from each country can vary. Most sending countries, or countries where families adopt from, permit international adoption because of poverty. With high unemployment rates, lack of infrastructure and even cultural practices, caring for the country’s most vulnerable people – its children – can be very difficult. Therefore, international adoption allows children to receive permanency, proper nutrition and medical care, and educational opportunities that would otherwise be impossible.

While poverty is usually the primary cause for children to be without a permanent family, there can be secondary causes. In Bulgaria, discrimination of the Roma people leads to a greater need for international adoption than we may see in other countries. On the Pacific Island of Samoa, poverty is a concern, and a cause for adoption, but the country’s low population of less than 200,000 people is prohibitive for domestic adoption or foster placements. Therefore, despite a small country population, there is great need for international adoption. Families interested in adopting from Samoa may not originally be aware of the need, but further education confirms that despite some of the obstacles, they feel called to meet the specific need.

Orphaned children in Samoa generally end up living at the Samoa Victim Shelter Group (SVSG) either because one or more of their parents are incarcerated, or their family is unwilling or unable to continue caring for them. It may also be the case that a child has been removed from a dangerous situation. It is not uncommon for the children in need of adoption from Samoa to have experienced neglect or abuse. In other countries, domestic or foster placements may be an option for vulnerable children, but in Samoa, there is not an established social welfare system to meet this critical need.

We have seen children of all ages and ranges of special needs in need of families through adoption from Samoa. We rarely see young sibling groups matched with families, so if that is your family’s desire, you may want to look at another country program. However, our Samoa program has given older children, older child sibling groups and children with special needs the opportunity to find a forever family through adoption.

In 2014, MLJ Adoptions placed eight children from Samoa in their forever families, with another 8 placed in 2015. While those numbers may be underwhelming, it is important to consider them in proportion to the population of Samoa. Each child placed in a forever family from Samoa is a child who will not spend his/her life living in a victims’ shelter. Adopting from Samoa allows families to meet a critical need for vulnerable children. Behind each child is a life impacted forever because he or she will grow up with a forever family to provide love and nurturing.