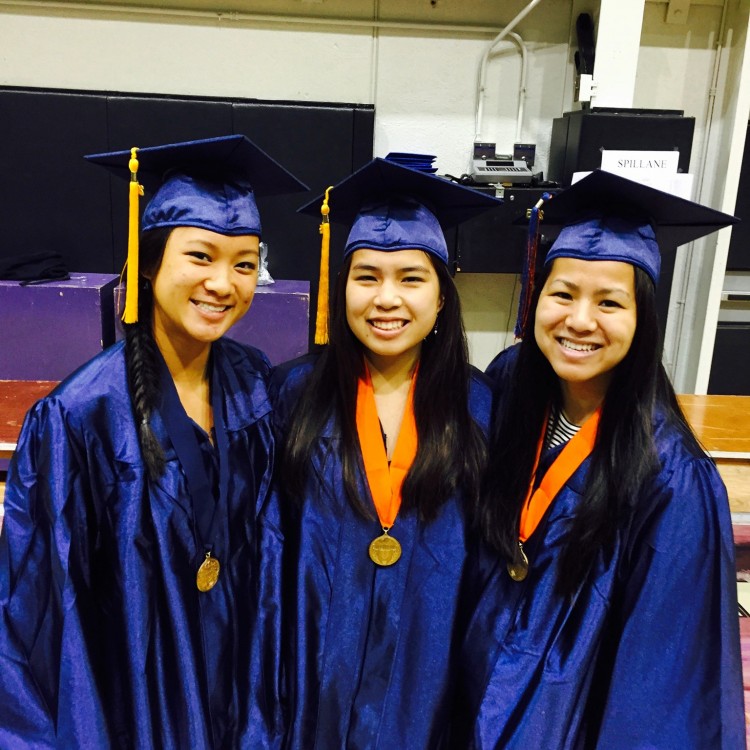 Kelly was adopted at 9 months old by her mother, who got married shortly after adopting Kelly — the two raised Kelly together to have a strong appreciation for her Chinese heritage. From close connections with other adoptive families to participation in Mandarin language classes, Kelly was often connected to her culture and others like her.

“They have a deep appreciation and respect for Chinese culture,” Kelly said. “They exposed me to the language at a young age studying Mandarin and helped integrate language into my life.”

Her father even helped launch a Mandarin program at Kelly’s high school. Keeping those ties to Kelly’s heritage and early life were important for her parents, Kelly said.

Among her closest friends, Kelly counts her Chinese sisters (other adoptees) who were adopted around the same timeframe as Kelly and grew up in her community. Growing up with others who had similar stories and experiences is something Kelly said helped her build a positive self-identity.

But despite having positive connections to her culture and her adoption story, Kelly became more aware of her adoption connection and its deep impacts after watching the film “Somewhere Between” by Linda Goldstein Knowlton. That documentary film follows four Chinese adoptees as they move into adulthood and explore their stories as Americans, Chinese and adoptees.

“The documentary really inspired me,” Kelly said. “I thought it was amazing the movie sparked questions and perspective. It really sparked an interest.”
That interest would lead Kelly to create her own documentary to explore the various thoughts, feelings and emotions that accompany being an adoptee. She reached out to her adoptee friends and acquaintances to create the film “Adoption and Identity Intertwined.”

“Most of them were friends of mine,” Kelly said. “I tried to pick people who were comfortable with me so they would open up.”

In the film, as the questions unfold, the adoptees begin to share the depths of their experiences and the realities of their lives surrounding adoption in the film. From simple responses about the make-up of their families and birth location to more in-depth responses about how familial relationships have been impacted by their adoption, the film explores a wide realm of topics.

“My final set of questions were simple questions starting out and then got more difficult,” Kelly said. “It got progressively more in-depth.”

Chinese adoptee Meryl Davis shares, “DNA is not everything. It might make up part of who you become and what you look like, but in the end it’s up to you and your family and your environment to shape you.”

Davis’ voice is just one of the many shared in the film that touch on a variety topics and perspectives surrounding adoption. The participants range in age from 14 to 19 — all just on the cusp of young adulthood.

Vietnamese adoptee Lia Kelly shares, “Sometimes it’s really overwhelming in how much you overthink what is unknown, I guess. There’s only so many possibilities that you can make up for your story . . . and that it’s unknown and it’s always really hard to not know some part of your life that everyone else gets to have.”

Despite the difficult feelings surrounding adoption, Lia Kelly goes on to say, “Embrace it, embrace it that you’re adopted and let it be part of your life.” Outside of adoption, they are daughters, sons, sisters, brothers, students, musicians and so much more than their adoption story.

Throughout the video interviews are also pictures of the adoptees with family members, finding places in China, and other significant moments in their lives. Kelly also included some home video clips from the families that help illustrate the lives of the adoptees featured in the film. Kelly also received editing assistance from award-winning filmmaker Susan Hope Engel.

“I wanted to leave a lasting impact on viewers,” Kelly said. “I believe it can be a very good education tool. We’re trying to spread it to different schools.”

Kelly said she hopes the film will help to create a dialogue for adoptees and provide a window into the hearts of adoptees entering adulthood. Hoping to reach adoptees, adoptive parents and others in the adoption community, Kelly said each person should take away something new and different from the film.

“I hope adoptees can take away that they’re not alone,” Kelly said. “There’s many who struggle with identity. For adoptive parents, they can be aware of certain issues that might come up and talk to kids about adoption.”

In her documentary making process, Kelly also interviewed Dan Matthews, an adult Korean adoptee whose documentary, DANakaDAN, was released earlier this year. While Matthews’ interview doesn’t appear in “Adoption and Identity Intertwined,” his interview helped give Kelly a balanced look at her documentary. Matthews and Steve Rashid also allowed Kelly to use their music throughout her documentary.

“He gave a completely different perspective on the questions I asked,” Kelly said. “Their music in the film helped to bring the underlying mood of the film together.”

With that perspective in mind, Kelly is aware that many of her participants may change how they perceive their adoption story as they get older and move into adulthood. Kelly said there were many things she learned from those she interviewed and hopes that down the road she can interview them again.

“They were all grateful for the life they have now,” Kelly said. “But adoption is only one part of our identity. The adoptees have suggested a follow-up piece after college.”

For now, Kelly is setting her own sights on college. This fall she’ll attend Oakton Community College and eventually transfer to San Francisco State University to major in Mandarin as part of SFSU’s flagship program. She is also considering a minor in film. Kelly said she is pleased with the outcome of her project and hope it helps impact the lives of others.

“It’s a great passion I found in this project,” Kelly said.