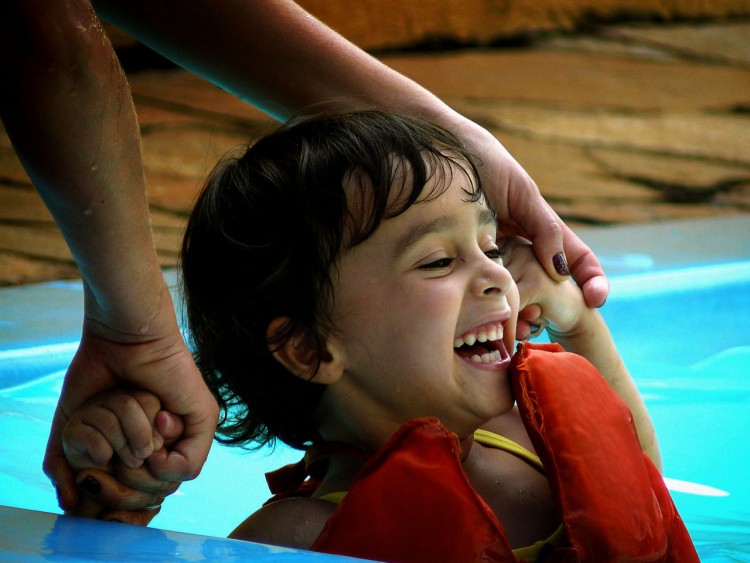 My adoption journey was a long one. I am a single woman who has always wanted a child. I originally tried to adopt through Russia as they were one of the few countries that allowed single women to adopt at that time.  When I was close to receiving a referral the Russian program closed.

My adoption agency had a new program in Azerbaijan which also allowed single parent adoptions so I started the paperwork for their Azerbaijani program. However the agency I was working with closed as most of the adoptions they handled were through Russia. I transferred to Children's House International as they also had an Azerbaijani program. I was able to use the same Social Worker and update my home study with her. After about a year nothing was happening. This was very hard emotionally.  I had been waiting for years and I was getting older. I spoke with my adoption agency, and rather than renew my home study for Azerbaijan, I enrolled in the fairly new Georgia program.

I did some research and liked the culture and very rich history and were a Hague country.  More than a year later I received a referral for a 6 year old girl who had strabismus (lazy eye) which had been surgically corrected the year before.  She was living with a foster family and had been with them for about 2 years.  Previous to that she was in an orphanage. The referral came in the end of June 2015. There wasn't a great deal of information but I gave what I had to a doctor who is international adoption expert for review.  I had a lot of concerns such as "what if she doesn't like me?", "how will I communicate with her?", "where will I stay, I have never travelled before out of the country" and many other "what ifs". After talking with my family and friends, who have been very supportive of me, I accepted the referral.

I received the court date in December with little travel notice.

"I arrived in Georgia 5 days before the court day and was able to meet the little girl and her foster family that day.  It was a casual meeting at her home lasting about a half hour as we didn't want to overwhelm her. I was able to spend several hours a day with her every day until the court date with the permission of the Georgian social worker and her foster mother."

We took trips to see local landmarks, went to an indoor play area, and out to eat. We were accompanied by her adult foster sister the first day, thereafter it was me, my new daughter, and my driver who was also able to translate. My understanding is that if she had been in the orphanage, all visits would have been supervised by an orphanage employee.

After the court decree was notarized I was allowed to take physical custody of my daughter and she stayed with me at my hotel.  We continued to visit landmarks and visit places of interest.  Georgia has a rich history and culture and is quite beautiful. I did go shopping and buy trinkets and other things for my daughter and take a lot of pictures for her life story book.  One thing I am very glad I bought is a CD of Georgian children's songs that came with a book of lyrics that was translated into the English alphabet so I can sing the songs with her. She was not allowed to take clothes from the foster family as there were other children there and everything was shared.

One thing she did have was her Baptism towel.  Georgia is very Orthodox Christian and she was baptized while she was at the orphanage.  Being school age she also had a school picture which I was allowed to take for her.  Her foster family obviously cared about her and had a lot of questions such as "how will you handle the language problem?"  "What will you tell her about her mother?"  They happily agreed to keep in contact via Facebook and have done so.

We spent a lot of time waiting in the courthouse and the embassy getting all the paperwork certified, getting a passport and visa. Things can only happen one step at a time and all the documents need to be translated and certified correctly. My coordinator in Georgia worked very hard to get all the documents done as quickly as possible as the Embassy would close Christmas Eve at 1pm and if I didn't get the visa by the time the Embassy closed we would have had to wait for days to get the visa.  I left the Embassy at 1pm with my daughter's Visa!  I was in Georgia about two and a half weeks.

The language barrier was and is a barrier but it's getting better every day. I spent a lot of time learning Georgian words and phrases and writing them down phonetically in a notebook. I also spend time reminding myself that it's a lot more frustrating for her to not be able to communicate and practicing patience! We have been home two months now.  My daughter loves to sing and learned a lot of children's songs right away. Recently I found the Georgian children's TV shows "Basti Bubu" and "Enke Benke" on YouTube and she enjoys watching them.  My daughter started first grade here a few weeks ago. She understands English more every day and is saying more words every day.

She is eager to learn and she is my joy.

Letter from a Birth Mother

What Can We Do To Prepare For Our Host Child's Arrival?