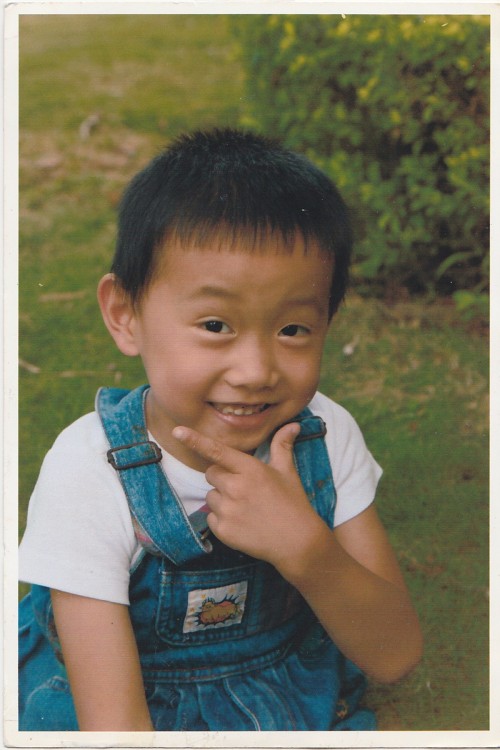 This summer the CCCWA made the bold move to take over 2000 outdated children's shared list files, files that up until July had been viewed only by the eyes of adoption professionals, and release these files to a more public platform through RainbowKids. This release of files made these invisible children trapped in institutions who stood a slim to no chance of finding a family VISIBLE.

Today thousands of eyes can view these children's profiles daily and its not just prospective adoptive parents looking. Its advocates as well. Since the list was released we have had inquires from advocates about specific children who captured their hearts while working in country. They have the child's name. They have birthdates as well.  In a list of files over 2000 in number these inquires really do seem like hunting for a needle in a haystack but when the common thread is beautiful words about a child, more descript then any standard shared list format could possibly deliver, bringing depth and soul to a one dimentional file, its hard not to take a deep breath and start pulling out the hay to look for that one shining silver needle.

Such is the case of G-184 YangYang. From 2007-2014 John and Cathy Buckley worked in an orphange in YangYang's province.  Both teachers, John and Cathy walked away from all they knew in the United Kingdom to devote their lives to working with YangYang's orphanage foster program in China.  Upon returning to the UK in 2014 they thought often of YangYang; however, because he wasn't visible advocacy for him was next to impossible.  Last week John and Cathy reached out to us, armed only with his name, birthdate and province.  I'd like to say I spent hours laboring over files looking for YangYang, but the truth is by the true definition of serendipity I stumbled across YangYang's waiting child profile within minutes.

Today YangYang is nine-years-old. According to his shared list file, his last medical update was in 2008.  Eight years ago! Through their advocate words John and Cathy have delivered more than a silver needle, they have delivered a golden nugget.

"We are rooting for this precious child...it would be the best thing ever if he got adopted" - John and Cathy Buckley

Take a moment to read about YangYang below. Could this remarkable young man be your son? If now isn't the right time for you maybe its the perfect time for someone you know! Consider sharing his story.

YangYang~ by John and Cathy Buckley

YangYang loves to laugh! He is mischievous and will get up to all sorts of antics with the sole purpose of making others laugh! He enjoys relating to adults that are close to him and with other children. Relating and relationships are very important to him. He is inquisitive and loves to use new toys particularly ones that involve working things out such as the marble run that relies on gravity to move marbles through a maze. His natural curiosity is evidence of an innate intelligence – he is particularly proud of his achievements with computer games. He will sit for an extended period of time and build Lego models, make up games with toy cars and of course play outside on a go kart car. He is able to do all this with very little physical support – he has an extremely independent spirit. He will approach a group of unfamiliar children and ask them if he can join in. He will also join in activities and face any questions concerning his additional needs - this can be unnecessarily intrusive in China.  This shows a confidence in who he is and in his coming to terms with his additional need.

YangYang is intuitive with other people. He can discriminate between those who are like minded and those who may not appreciate what he does. He has a dominant character and likes to suggest what should be played, give correct answers and make suggestions. He is, however, even tempered and is learning how to be tolerant of others. He is confident and is as happy playing with others as he is playing on his own. This is partly because his present foster parents live in a fifth floor apartment and due to his disability cannot go outside on his own but must wait to be taken. He has a foster sister whom he sees only at weekends, as she goes to school, and he sometimes has other foster siblings but only short term.  This has honed his ability to entertain himself and as an intelligent child has discovered many ideas quite independently. He is a problem solver and has quite an analytical approach – he tries things out. He can be very affectionate and will come for comfort to trusted adults when he needs to. He is very sociable.

YangYang can largely dress himself with some help although this could quickly become independent. With the type of clothes that may be purchased to aid independence this could be very quick. He helps with his own diaper changing, but needs help with cleaning himself. He has shown some signs that continence may be achievable, particularly with bowel movements. He likes to be clean. He feeds himself, his self help skills are good  and he actually loves water. He helps with daily chores in his class and likes to be given jobs to do. He can transfer from floor to chair and from chair to another chair, self propel in his wheelchair and use a wheeled belly/body board – all at a fast pace.

YangYang can climb on a climbing frame, swing and support body weight easily as his upper body strength is excellent. He can self propel at normal speed or faster, using a wheeled belly/body board, wheelchair or commando crawl using his arms. He can throw and catch, roll and receive a ball, and balance a beanbag on his head.

His fine motor skills are excellent. His pen/pencil grip is good and he can draw, write letters and characters accurately and model using dough, well.

YangYang is an intelligent child who has achieved way beyond that of any other child in his circumstance. He is a quick thinker, curious about everything and loves to be involved in all activities. His math is good, he is learning to write characters, he can speak some English and puts anything he learns to good use. He plays major roles in any drama as he can speak clearly and prompt others. He is a confident child. He has come to our education/ rehabilitation center since he was very little and has made very good progress. At the moment he attends a class especially for those who should go to school but are ineligible here, due to their disability. With the opportunity to study in school and make his way through the school system, he could easily go to university hold down a good job and live independently. He needs that opportunity and the chance to further achieve where there is the chance to attend to his needs and formulate a program of assistance suitable to him.

During his life he has had a series of surgeries on his back. In China, sometimes surgeries done on children like Yang Yang, where there is little hope of improvement, since there are few doctors that are truly experts to assist children with the degree of difficulty that he has in his lower region. He would have a greater chance of assistance in a country where there has been in depth research done,  experts to consult and only necessary surgeries undertaken. Therapy and specialist help will make it so that he can live a normal and fulfilled life which he will get on adoption to the US.