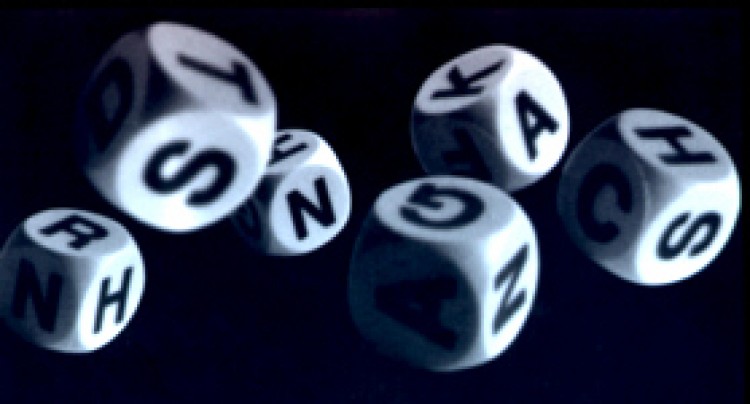 While children adopted from abroad typically are grouped together in the category of "international adoptees," they exhibit many differences. With older children, even those adopted at age 2 or slightly older, learning a new language is not always an ESL skill.

Environmental, emotional and medical factors can impact language development in children raised in institutions. Children have very few opportunities to make choices or express their needs. Their clothes are laid out for them, and they don't get to ask to go to the bathroom or request their favorite foods.

"They eat what's given to them, and they do what's on the schedule. That's how they're used to living," said Susan Hough, PhD, CCC -SLP, of Washington Hospital Children's Therapy Center in McMurray , PA.

Over the past decade she has evaluated thousands of international adoptees. Infants may spend many hours in cribs, and children abruptly are switched to a new room when they get older.

Once they are adopted, however, the tables turn, she said. "Suddenly, they've got these parents who want to give them everything and anything all at once. It's pretty overwhelming."

Caregivers at orphanage are responsible for large numbers of children, leaving little time for individual attention and interaction. A high caregiver-to-child ratio—the average is 15:1—makes it difficult to interact, noted Dr. Hough. Eastern European orphanages typically are described as "eerily quiet" because children quickly learn that crying will not get them what they want.

It's important to give recently adopted children a chance to spend time adapting to their family and new home. Even after a phase of seemingly rapid new language acquisition and smooth adjustment to the home, children may begin to show significant learning problems, which can persist long after the period needed to address bilingual and adjustment issues.

"If language difficulties were related solely to differences in length of exposure to English, it would be merely a matter of allowing extra time for children to 'catch up' developmentally," said Dr. Hough. "This is often not the case."

Early testing within one or two years of adoption may not be adequate because subtle learning problems may not appear until the child reaches school age. However, early testing can give speech-language pathologists a chance to understand the issues they'll be dealing with down the road.

"A therapist who understands some of the orphanage factors and what the expectations are can evaluate these children. Then, if there is a problem, they'll know the areas that really need help. It's great if you can establish a baseline," she said.

If a parent suspects a young toddler is struggling, Dr. Hough will conduct an evaluation. Children under 3 generally have limited expressive vocabularies in their native language. In fact, international adoptees lose their native expressive language quickly, often within the first three to six months after adoption. Conversely, comprehension skills appear to be retained for a longer period of time.

"There is little motivation to continue to use native language with little or no assistance from the adoptive parents," she said. A period of silence often occurs during this time of transition.

Clinicians should keep a few points in mind when assessing a child adopted internationally:

"Dynamic assessments, which look at the child's ability to learn something new, should be considered in this case," said Dr. Hough.

Examples include non-word repetition tasks and natural language samples. Using spontaneous conversation during the assessment also will help clinicians reach an understanding of a child's capabilities.

Speech-language pathologists should examine adoptees when they first arrive at school to make sure they're on target and set up a screening or referral system in second or third grade to make sure they have the ability to deal with the more abstract aspects of language.

Classroom teachers need to be aware of warning signs and bring them to the attention of the clinician. When appropriate, speech-language pathologists can place students in social skills groups or facilitate interactions with other children.

It's crucial to note that children adopted from orphanages are not learning English as a second language ( ESL ). The term "abrupt language switch" is applied to these children because they must abruptly halt their current language development and immediately start learning a new language.

"They start out monolingual, are switched over abruptly and without warning, and then become monolingual again," Dr. Hough explained. "Many times people try to treat them as if they're ESL , but the pattern for language acquisition is very different."

ESL students have families that support them in their first language by interpreting and teaching them new words. This typically is not the case for parents of international adoptees. However, the parents are very much tuned in to their child's needs.

"They will do anything and everything you ask them to do for their child," she said. "They will research; they're the ones who walk in the door with articles in hand."

Speech-language pathologists should use parents as a resource and involve them in therapy. They are particularly helpful in carry-over.

The fact that the parents succeeded in adopting a child from a foreign country speaks to their "remarkable persistence and resilience," Dr. Hough said. However, a problem can occur if they have high expectations that the child is not able to meet. "You have to help them understand that that's OK."

Traditionally, the ratio of boys to girls with speech or language disorders is 3:1, according to Dr. Hough. However, a recent study on Eastern European adoptees found that both genders had their fair share of problems.

"The boys were supposed to be worse than the girls, but girls were as equally delayed as the boys," she said.

The girls had more delays in their use of expressive language, while the boys had more problems with reading. Overall, receptive language skills were not as impaired, and they did well with learning basic vocabulary.

These findings suggest that the difficulties for most of the children are part of a more general linguistic deficit that seems to follow the pattern of children with specific language impairment ( SLI ) rather than delayed language or auditory processing deficits.

"The diagnosis of SLI for these children is possible because they showed a deficit in language acquisition even though their nonverbal intelligence was within or above normal range," said Dr. Hough.

She found that children who were adopted at a later age had more difficulties in reading. Older children have to catch up with language a lot faster and already have some established language.

"I'm much more concerned about them than I am about the younger ones," she said.

In the early years following adoption, language progress varies considerably, researchers have found. Approximately one-third of children show significant delays that require intervention. It is unclear whether these difficulties are delays or true language deficits.

"Given a history of institutionalization and the abrupt switch in language environment, these children should be considered at risk, carefully monitored, and provided therapeutic services as necessary," Dr. Hough stated.

Reprinted with Permission of Advance for Science, By Jason Mosheim

**Editor's note: A personal accounting of this phenomenon may be seen at AdoptBlogger.com