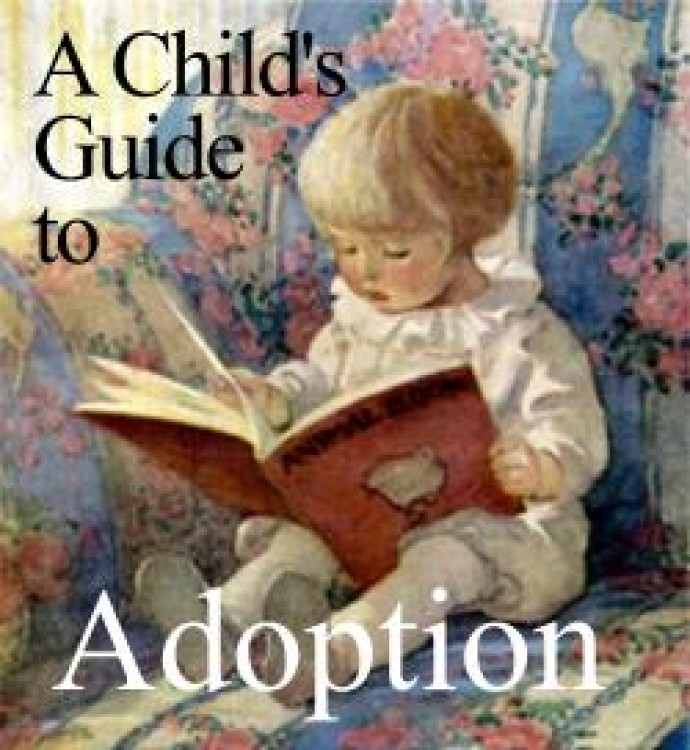 How is a family created? Most people think that a family is made when a couple gives birth to children. But families can happen in many ways. In the television show The Brady Bunch, the mother and father get remarried, combining their two families into one. Another way to create a family is by adoption. In legal terms, once a child is adopted, the adult who adopted him is his parent.

Why do people want to adopt children? There are probably as many reasons for wanting to adopt kids as there are children waiting to be adopted. Some couples are not able to have children for medical reasons but still want to raise a family. Some single adults, although they don't have a partner or want to get married, desperately want to be a parent. Other kids' parents might remarry and their new stepparent might adopt them. Whatever way a parent and child come together, whether it's through birth, marriage, or adoption - a new family is born.

What's Adoption and How Does It Work?

The process of adopting a kid can be pretty long and involved. Some single adults and couples have to wait for years to adopt a baby. People wanting to adopt go through extensive background checks including, in some states, having their fingerprints sent to the Federal Bureau of Investigation (FBI).

People who want to adopt kids also meet with social workers or representatives from an adoption agency who ask questions like why they want to adopt, their attitudes toward children, and how they resolve family disagreements. This process is needed so that kids are placed in good homes where they can grow up happy and loved.

Why Do Kids Need to Be Adopted?

Of course, the financial side is only part of adoption. Babies and kids are a huge responsibility and not everyone is equipped to handle being a parent. If you've ever taken care of a puppy, you know that taking care of a pet can be very demanding, and they require lots of attention. Taking care of a baby is probably a hundred times more work! But this is only one of many reasons why there are so many kids waiting to be adopted.

In many cases, a young or single woman who gives birth to a baby can't handle that responsibility so she makes an adoption plan for her baby. Other times, especially in the case of adoptions from other countries, there is war, sickness, or poverty, and a parent may believe that the baby would be better off in another country. Sometimes a kid's parents may pass away and he needs to go to someone else who can take care of him.

If You Were Adopted

Kids who were adopted are no different than other kids. But if you were adopted, you may have a little more on your mind than your friends. Sometimes, learning you were adopted may make it hard for you to pay attention in school. Many kids who were adopted wonder about their birth parents and why they didn't keep them. Sometimes they feel abandoned even if they love their parents and are happy in their home. They may also wonder where they came from and what nationalities they are. These feelings are normal and should be talked about with a parent or another adult who you trust so you can put your mind at ease.

Some kids do not find out they were adopted until they are older - sometimes not until they are adults themselves. Their parents might have put off telling them until they thought they would be able to better understand or because they feared what their reaction would be. Finding out later that they were adopted can be more of an adjustment for an older child or adult. That's why experts say it's best to explain to a child that he or she was adopted when they are around age 3 or 4, when they are first putting sentences together and can understand complex things.

If Your Brother or Sister Was Adopted

If your parents had you, the so-called "real kid," does that make your adopted brother or sister fake? Of course not! Being adopted doesn't make a sibling any less real or part of the family. There is no question that there are differences between you and your brother or sister. But there would be differences between you if you were both born into your family as well. No two people are alike. Think how boring that would be!

The facts are, your brother or sister - adopted or not - is going to be a part of your life for a very long time and you will rely on each other even more as you get older. Talk to your adopted brother or sister about his or her concerns. You might be able to help him or her sort out his or her feelings about being adopted or encourage him or her to talk to a parent or another trusted adult. You might even suggest that you talk about the situation as a family.

If Someone You Know Was Adopted

If you find out that someone you know, maybe a good friend, was adopted, there is no reason to treat them any differently. Your friend is still the same person they were the day before. If your friend wants or needs to talk about their situation, listen. Your friend will probably feel better just talking about his or her feelings, and by being a good listener, you've been a good friend. Knowing how your friend feels about their situation will allow you to stand up to anyone who tries to make fun of them for being different.

Adoption can be hard to understand or even accept, but it helps many people in lots of ways - parents who may be unable to take care of kids can place them with people who can, and kids without parents can be part of a family.