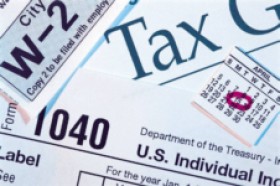 The content of this article is not a substitute for professional financial advice and should not be relied upon without consulting your tax advisor.

The Hope for Children Act was signed into law by President Bush on June 7, 2001 and took effect as public law on January 1, 2002 . To ease the steep financial burden associated with the costs of adoption, the U.S. Congress and previous administration had supported a generous tax credit helping make the dream of adoption a reality for families who wanted to start or add to their families through domestic or international adoption.

Recognizing and addressing many prospective couples and families were still prevented or delayed from moving forward in the adoption process on account of the associated costs, the new act doubled the adoption tax credit (adjusted for inflation) for both domestic and international adoptions, increased the employer adoption assistance exclusion, and expanded the tax credit benefits in adopting U.S children with special needs. Federal and state Adoption Tax credits help make the journey for those who want to open their hearts and homes to children in need less difficult and far more affordable.

Tax credits and the exclusion from income of benefits from an employer's adoption assistance program alone or combined can substantially offset the expenses of adopting a child and significantly reduce a family's tax liability. Although the terms tax deduction and tax credit are often mistakenly interchanged, a "tax deduction" is subtracted from adjusted gross income before calculating federal income taxes. A "tax credit" entitles the taxpayer to subtract the amount of the credit (dollar-for-dollar) from the total federal income tax liability. Because tax credits constitute a greater percentage of the overall tax bill, they are generally more beneficial to taxpayers than deductions.

For both the Adoption Tax credit and the exclusion benefit, qualifying adoption expenses include any reasonable and necessary adoption fee, including court costs, attorney fees, travel expenses while away from home including meals and hotel, and any other expenses paid directly related to, and whose principal purpose is for, the legal adoption of an eligible child who is not the child of the taxpayer's spouse. Both tax breaks begin to be phased out for those with adjusted gross income over $159,450 in 2005.

Generally, if you are married, you must file a joint return to make use of the Adoption Tax credit or exclusion. If your filing status is married filing separately, you can take the credit or exclusion only if you meet special requirements designated by the I.R.S. Those single adoptive parents and married couples filing jointly with an adjusted gross income of $199,450 or greater are not able to claim any Adoption Tax credit benefits.

The Adoption Tax credit applies to both domestic and international adoptions. However, the method for claiming the credit is not the same. Credit for qualifying adoption expenses for international adoptions can be claimed only after finalization of the adoption. With domestic adoptions, the credit for adoption-related expenses may be claimed in the year the adoption is finalized or if the adoption is not finalized in the year, the credit can be claimed the following year. In both situations, if the entire amount of the Adoption Tax Credit of $10,630 (2005) can't be used in a single tax year, the remainder can be carried over to claim for the next five years and can factor into future income tax planning. However, any carryover existing after the five-year period is lost.

Whether welcoming a healthy infant or special needs child domestically or internationally , the vast majority of adoptions are eligible for the Adoption Tax credit. However, the entire Adoption Tax credit amount of $10,630 can be taken for domestic special needs adoption even when the qualifying expenses don't reach the limit. A child is identified as special needs if he/she is a United States citizen or resident and a state determines the child cannot or should not be returned to his or her parent's care and probably will not be adopted unless assistance is made available.

Many states also offer tax benefits to adopting and adoptive parents. Until a short time ago, the cap on state credits was $2,000 per child. Adoption advocates have successfully influenced legislation and a significant number of states have raised this figure considerably. It is strongly advised adoptive parents and prospective adoptive parents consult a tax expert regarding their eligibility, to learn whether their state also offers a tax credit or deduction for adoption, and to ensure any and all credits are appropriately filed.