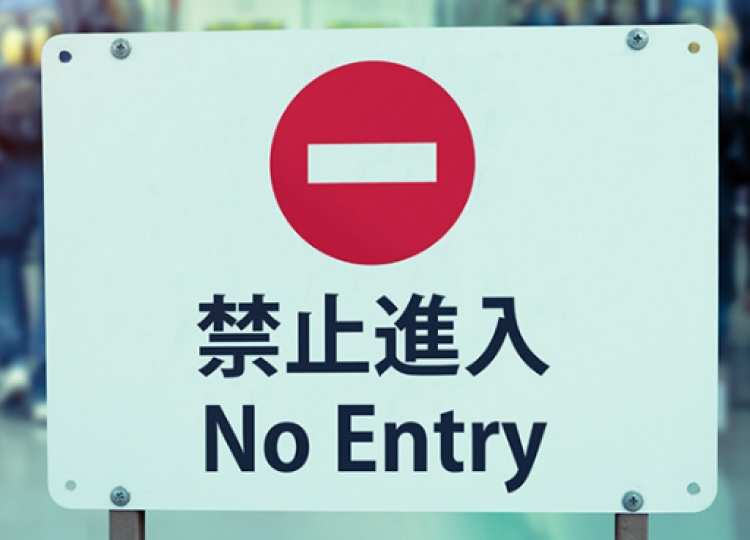 If you are one of the nearly 500 families waiting to adopt a child from China and are limbo due to the pandemic it has to feel like you are the only ones having gone through something like this. You are the first families to have been “stuck” due to a global pandemic. However, there have been thousands of families whose intercountry adoptions have been stalled for long periods of time, just like yours.

The countries and the circumstances differ greatly – sometimes children and families have been stuck because of closure of intercountry adoptions. Or the collapse of a weak government. Or allegations of corruption.  Or natural disasters.

For some families, the wait to have their children home has lasted a few years, others six or more. One family hoping to adopt from Guatemala has waited over 10 years for their adoption to be finalized. Some families ended up losing referrals due to aging out, the child being placed domestically, or in a few sad cases, death of the child they were hoping to adopt. Some families never ended up adopting. Others stuck it out for as long as the process took.

We reached out to families who have been stuck for a range of reasons and were adopting from a variety of countries (India, Guatemala, Kyrgyzstan, Vietnam and Haiti to name a few) and asked their advice on what helped them get through the wait – here are their most common refrains:

Find a healthy support system: All of the families we spoke with discussed the importance of having a healthy support system among families who are in the same or similar circumstances. No one understands your situation as much as someone who is in the same boat. Some found each other through their agencies, although a common refrain among long-waiting adoptive parents was that adoption agencies were particularly unhelpful in this regard. Others created adoptive parent led advocacy groups, like the Guatemala 900 or Kyrgyz 65 (named for the country and the number of children who were stuck at the time) where they created friendships and support systems – some that last still to this day – five, ten and nearly twenty years since their adoptions were finalized.

“I’m still in connection with some of these families, almost 20 years later. You go right back to the support you had all those years ago when you talk to them. Without that group, I couldn’t have gotten through it. It’s a terrible way to be connected with someone, but it’s essential to get through.” - Angie Hatch, waited 22 months to adopt, 19 years since adoption..

Get advocating: Whether it was busy work or if it actually helped move adoptions forward, all these years later, most families remark that the process of advocating, doing something, anything, helped them make it through the wait day-to-day. As mentioned previously, some organized advocacy groups, like the Guatemala900 or Kyrgyz65. They used their collective voices to advocate with foreign governments, U.S. Department of State, Member of Congress, Embassies and just about anyone who would listen to their pleas. Sometimes it felt as though it was in vain. Other times they thought it helped. Either way, it made families feel like they were doing something and that was enough. Pamela Allen, who waited six years, only to learn that her referral had been placed with a family domestically, but was then able to adopt another child from Kyrgyzstan, reflected, “We weren’t stagnant because of fear. We had something to do, something to advocate for... I’m still friends with government officials from Kyrgyzstan because of the work we did.” Her daughter has now been with her for nine years. Ms. Boutilier, who was also a part of this group noted about advocacy efforts, “When one of us couldn’t do it anymore [because we were worn out, tired, or our life circumstances changed] someone else picked it up.”

Track/journal/log what’s happening: Many found ways to track what was happening, and their feeling around the ups and downs, in meaningful ways. Angie Hatch journaled daily about what was, or wasn’t happening. Robin Shahan, who adopted from Haiti following the 2010 earthquake and waited nearly two years for finalization, and another six years for citizenship of her son, remarked, “During the wait, I made a three-ring binder with plastic sleeves and printed out every single relevant article and online publication, and saved them in the binder. My child loves looking through it now, 11-ish years later. (And I’m so glad I did this too because a lot of it is no longer online).” Mrs. Hatch also noted how she looks back on the journal entries from the time she waited to this day. Tracking what’s going on, or isn’t going on, can be a meaningful way to process emotions and keep occupied during the wait. It can also be useful for adoptees and parents to look back on later.

Faith: Some families defined faith in more traditional ways – speaking of their belief in a god and prayer. Others talked about their belief that it would work out in the end. Others that they had the faith in themselves and needed to know they had tried every avenue they could. All the families noted that faith in some form was part of the process of getting through.

Remember, it’s not just about adoption: No matter what the country or the circumstances for stalled adoptions it’s important to remember the bigger picture – the stall isn’t just about adoptions. It’s also about politics and political relations. The best example of this is the closure of intercountry adoptions from Russia to the United States in 2013. The U.S. Senate passed measures aimed at Russian human rights abuses and Russia’s retaliation included a ban on intercountry adoptions to the United States. Just a handful of families who were in the adoption process were able to adopt. Long waiting families tracked news, politics and culture in the countries they were hoping to adopt from, utilizing the information to gain knowledge about the country and to assist in their advocacy efforts.

Allow yourself to feel: There are inevitable ups and downs in the wait. There are good days and bad days. Then there are the days that you get really bad news. Dealing with the inevitable letdowns and processing them are essential. Some cried. Some threw things. Some cursed loudly. Others worked out their rage though dancing to a good song or other physical activity. One parent allowed themselves 24 hours to feel it all – the tears, the rage, the frustration. Then they danced it out to Maraih Carey’s Shake It Off and got back to life. All of them allowed the emotions to pass through them and gave themselves permission to feel.

Prepare yourself for older children: You may have planned to adopt a two-year-old, or a six-year-old or maybe someone older than that – but now you’re adopting a four-year-old or an eight-year-old or even someone older. Most families spent the waiting time preparing themselves for adopting older children – and ones with more needs than they had at first anticipated. They took classes; they read books. All mentioned that doing so prepared them for the eventual placement of children in their home. Ms. Boutilier remarked, “listen to the classes but don’t let them scare you too much!”

The end is just the beginning: It may seem like the day will never come when your adoption will be finalized. And for a few it may never come for a range of reasons. But for the vast majority of waiting adoptive parents and the children they hope to adopt, that day will come. All the years of waiting will fade into the past, you’ll never forget them but the real work of parenting will begin. You’ll be addressing medical, emotional, and mental needs of your child. You’ll be working with the school and teachers to ensure your child has the best services possible. You’ll be arranging birthday parties and driving to soccer practices. This wait is just the beginning of a life of challenges and ups and downs of parenting a child. Mrs. Hatch noted, “Buckle up because you have a lot of work coming when they get home. It’s way more work when they get home then you have ever experienced.” One day you will enjoy the trials and tribulations of parenting the child you are currently hoping to adopt. As Ms. Allen noted, “Have the courage and the strength to stick to it.”