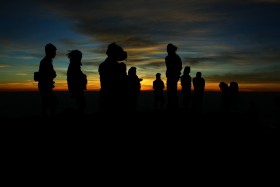 These words were written on an adoption e-group in response to a fellow adoptive mother who had the courage to share her family’s story in an attempt explain the reality of raising a child with attachment and trauma disorders. Thank you for having the courage to share your story, painful as it is. Those of us who are parenting children with severe developmental trauma and attachment issues hear the truth in your words. I am grateful to you for trying to convey our reality to parents whose families do not have to face these struggles.

I think one of the most painful experiences for me – and if I might momentarily speak on behalf of the very diverse community of parents who are doing everything we can to raise our deeply wounded children – has been when fellow adoptive parents jump to conclusions about who I am as a mother and why my child is the way she is.

It is bad enough to be blamed and pathologized by non-adoptive parents, pediatricians, therapists, specialists of all sorts, and educators who do not understand attachment and trauma disorders, but when fellow adoptive parents – mothers in particular – join in with this kind of condemning, stigmatizing, and scapegoating, the pain is really excruciating.

I have spent my whole working life (40 years) in the field of violence prevention. Prior to adopting my child after she had suffered through and barely survived a truly hellish first year of life pre-adoptively, I never could understand on a gut level how a parent could abuse a child. (I understood theoretically from my work, but not in a deeper way.)

While I never have and never would abuse my child, just my first year of parenting pushed me into tragically understanding how this can happen on a gut, visceral level.

This understanding came, in part, from the nonstop stress of having to respond 24/7 to her complex, extreme special needs and violent, disturbing behaviors. However, what was worse – so very much worse – was the isolation. Friends, family, and entire networks of people disappeared from my life. And with a severely traumatized child whose attachment and develop- mental trauma disorders resulted in very observable disturbances, there was no alternative community to replace my lost world. The lack of understanding and resulting condemnation from fellow adoptive mothers, families, and organizations felt like the ultimate act of exclusion, imprisoning me and my child within an isolation cell from which there was no exit and no way to connect with another human being.

Even providers and educators – after first blaming me as an incompetent mother because they didn't understand what they were seeing in my child – would eventually begin to realize that they were clueless about how to help her. Their feelings of incompetence and own vicarious trauma would intensify the blame directed at me, and almost always resulted in situations of de facto patient abandonment. Some providers even went so far as threatening to report us to Child Protective Services when their recommended interventions did not result in positive outcomes. In spite of all the documented medical evidence of my child’s preadoptive abuse and neglect, the assumption was almost always made that I was causing her problems and doing additional harm. The inability of professionals to tolerate their own lack of understanding and skill in treating severe attachment and developmental trauma disorders further intensified our isolation.

Quite frankly, if I had not found the attach-china/international listserv and the incredible community of supportive, informed moms there, I dread to think what would have happened to me and my family. That listserv literally saved our lives, helped me to learn how to parent my daughter, and taught me how to start sorting through the provider community to find the few competent specialists who could help us.

So for any parents out there who are so certain that there is no such thing as RAD or who participate in demonizing the adoptive mom who sent her child back to Russia (while I don't condone her action, I do understand her desperation), I would really encourage you to start investing either your finances or volunteer time into supporting and assisting your fellow adoptive families who are raising children with these issues.

Some possible ways for you to become an ally include the following ideas:

• Don't jump to conclusions about other children, parents, and families.

• Get trained to be a respite provider, and give us a chance to get some sleep or do some self care.

• Become familiar with the resources in your community and make sure that other entities, such as your local early intervention program, preschool, public school system, etc., are aware of them and can share them with families.

• Help raise funds (and work with a responsible financial entity for managing and distributing the funds) for the extensive therapies that our kids and families need. I am, quite frankly, tired of seeing all of the fundraising in the adoption community exclusively going towards orphanages overseas. Some of us desperately need help here at home. Most of what we must pay for is not covered by insurance and many of our kids can't qualify for Medicaid or state funding streams for various reasons. Many of our families are deeply in debt because of the tens or hundreds of thousands of dollars we must pay out of pocket for many different therapeutic interventions.

• Make donations to programs that families like ours might use and earmark your donations as scholarships for children with attachment and trauma issues. Some examples might include slots at therapeutic summer camps, therapeutic horseback riding programs, etc.

• Befriend a family to help break our isolation, but don't treat us like charity cases or incompetent parents. Many of us end up becoming highly trained as therapeutic parents and really know what we're doing, but we can still be isolated in our physical communities (as opposed to our cyber communities of support). Even calling regularly for a chat and offering regular support and friendship can matter a lot, if that's what a mom wants. Ask how you can be a friend.

• Become an ally to us a fellow adoptive parent. When other mothers or fathers mock, insult, or condemn us, speak out on our behalf. Don't tolerate providers or educators making stereotyped statements about adoptive children or families like ours. Educate other parents and professionals about adoption, trauma, and attachment. This means that you have to get educated yourself and not just make assumptions based on your own limited experience.

• Teach your kids to be allies to our kids. They don't necessarily have to become our kids' friends – I don't believe that friendships can or should be forced – but they can become allies anyhow. Teach your kids how to understand a diverse range of behaviors in other children and that it's never OK to make fun of or ostracize other kids. This is the foundation of anti-bullying education at home. Help your kids to find the right language to use if another child is behaving in ways that are confusing or uncomfortable, so that your child can be a leader in modeling inclusive behaviors, not exclusive or bullying behaviors. Again, this means that you need to educate yourself to learn how to do this.

• Learn about trauma-informed education. This is a framework that is good for all kids, but for our children it is essential and can make or break their school experiences. Become an ally as another family who begins to educate your school system about this and supports our efforts to make education more trauma sensitive.

• Act with compassion and loving kindness. Your words or expression of understanding and support may just be the one thing that another mom or dad can hang onto for that day, week, month, or year. It may simply make them feel less stigmatized and alone or it may even keep them from doing something desperate.

Ellin Frank is an adoptive mother and long-time violence prevention activist. She has also been trained as a therapeutic parent and works as a peer parent educator.

Sensory Integration: What it Is and How to Help