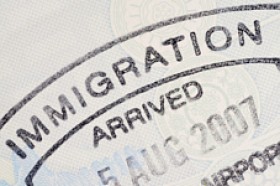 You're a young man or woman who has grown up in an American family, the only one you've ever known. Your only language is English. You go to school or work, have friends, a spouse, maybe children. Everything you know is here. For whatever reason, you commit a crime, go to court, and are convicted. You think you will serve your prison time, as everyone must, but in the course of your trial and sentencing, you learn something shocking: you're not a U.S. citizen. And under current law, you will only be in jail temporarily, while you await your deportation.

The Child Citizenship Act of 2000 was passed to ensure that scenarios like this one don't occur. Under this law, transnational adoptees are automatically granted U.S. citizenship when their adoptions are finalized. However, dates and ages bound the law's reach; consequently, citizenship was not made retroactive for many adoptees who didn't meet its requirements at the time it was passed. Its requirements are that the individual must:

These constraints, along with the failure of adoptive parents to complete the critical step of naturalization, places no small number of adoptees at risk, although they may not even know it. This has led to tragic deportations , and in at least one known case, that of Joao Herbert, death (thank you, Theresa, for posting that link .) Responsibility lies first and foremost in the hands of adoptive parents who failed and continue to fail to follow through on their commitment to their children, which includes completing the naturalization process. Overarching responsibility lies with legislators, many of whom who use their support for adoption to gain votes, but fail adoptees by letting this loophole stand .

Although my children both have U.S. citizenship, which my husband and I obtained on their behalf when they were very young, I cannot claim exception to responsibility. When the Child Citizenship Act was passed in 2000, I and my fellow adoptive parents knew that this gap existed, as did the legislators who worked for its passage. When Joao Herbert's case reached the news some time after the law was passed, I made a feeble attempt to find out what could be done to make it retroactive, but the word back from the Hill staffer I talked to was it simply wasn't going to happen in the wake of 9/11. And that's where I left it.

Discussion on a listserv I belong to brought the issue back to mind. I made a contact with a new Washington-based adoption advocacy group, Equality for Adopted Children , and learned the following:

EACH is currently involved in developing some amendments to the Child Citizenship Act (CCA) and we are working to have the new bill introduced in September. One of the provisions of the bill specifically deals with adult adoptees who were not able to benefit from the automatic citizenship provisions of the CCA and whose adoptive parents failed to naturalize them so they do not currently have American citizenship. Among other things, the new bill has provisions to rectify this situation. It is definitely an inequity that EACH is working to correct.

As is the case with any legislation, we need to understand exactly how it proposes to do this. It can't bring back Joao Herbert but will it overturn the deportations and pending deportation orders for adoptees who have already fallen into the gap? Until that happens, the job won't be done. We adoptive parents have a moral obligation to raise our voices until it is.

Those of us whose children were born in Korea should also be adding our voices to the initiative underway in Korea to allow dual citizenship for adoptees. Global Overseas Adoptees' Link, or G.O.A.'L , is leading that effort. They are working to raise awareness of the right of Korean adoptees to maintain their Korean citizenship, and assisting in resolution of logistical and legal issues such as military service requirements. Please take the time to read the documents about dual citizenship on the G.O.A.'L website , fill out and submit the survey, and spread the word.

There are so many inequities that face adoptees in the U.S. and other countries, it's hard to know where and how to fight them. I think sometimes that people become overwhelmed with the sheer volume of it, and become paralyzed. But when I saw the topic on this listserv, I realized that six years have gone by since I made my inquiries into correcting this six years in which I've done nothing! In that time ever more adoptees have fallen victim to this loophole, and at least one is dead.

I'm ashamed that I let these six years go by. I will not allow that to happen again.