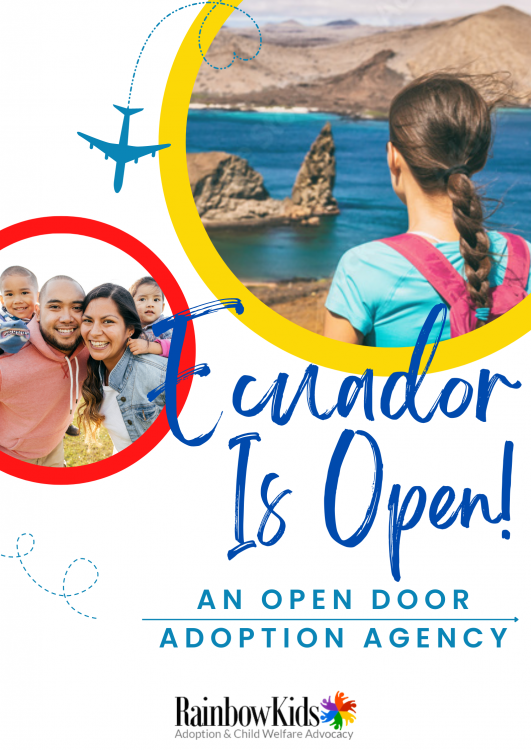 Since 1987,  An Open Door Adoption Agency  has helped women, children, and families all over the world. And this year, they're now ready to help prospective parents who want to adopt from Ecuador! Learn more about Open Door Agency and Ecuador today.

Open Door Agency: How Can They Help?

The Government of Ecuador carefully regulates adoption according to the Hague Convention on the Protection of Children and Cooperation in Respect of Intercountry Adoption. An Open Door works with a very reputable attorney in Quito who will guide you through the adoption process in the country.

International adoptions are completed in Ecuador and families should be prepared to travel to and stay in Ecuador for about 6-9 weeks.

An Open Door serves to match families with children and adolescents with a declaration of availability to be adopted in the Ecuadorian child protection system. These waiting children are older than 7 years of age, have groups of siblings, and/or who have some disability or health condition. Relative adoption may also be possible if the child meets the eligibility criteria for intercountry adoption.

Most of the waiting children are in government-run orphanages and a few private orphanages. The Ministry of Economic and Social Inclusion (MIES) maintains a database of children who have been declared eligible for intercountry adoption. Detailed information on the child's medical, social, and emotional health is provided for the prospective adoptive parent.

Criteria for Adoptive Parents Who Want to Adopt from Ecuador

An Open Door Agency complies with the US laws and Ecuador laws that cover any adoption process.

In Ecuador, adoption is limited to single women and heterosexual married couples. The couple must have been married for over three years. And both parents must be over 25 years of age. As for their age difference, the range should be between 14 to 45 years, regardless of who is younger or older.

Single or married, prospective adoptive parents must show proof that they're physically, emotionally, and financially capable of providing for the child. A part of the adoption process also is to visit and complete the adoption process in Ecuador. This could take six to eight weeks. Once an adoption decree is issued, at least one parent must stay in Ecuador, likely an additional week, to complete the process. 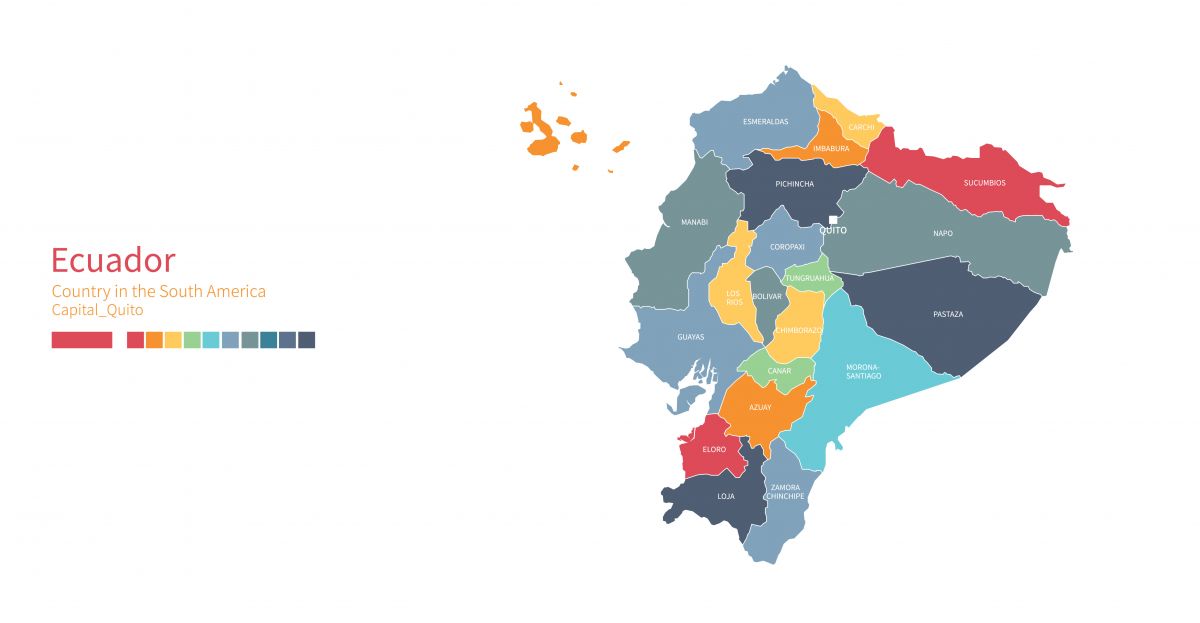 It is to note, however, that An Open Door only seeks Christian adoptive parents.

Ecuador is the most densely populated country in South America, with a population of over 18 million people. It's a small and ethnically diverse country between Colombia and Peru. Their official language is Spanish. Most of the country experiences a humid tropical climate.

Ecuador also has a rich cultural heritage. Part of it is because Ecuador was a big part of the Inca empire during the pre-colonial era.

In terms of its economy,  Ecuador's economic growth slowed from 2017 to 2019 and rebounded in 2021. Throughout the years, Ecuador has been known for exporting Panama hats and agricultural products like cacao and bananas.

The Situation of The Rights of Ecuadorian Children and Adolescents

- In 2014, it was estimated that children and adolescents make up 37% of its population.

- Around 35% of Ecuadorians live in rural areas.

- The Ecuadorian government distributes free-of-charge medicines and medical services—with the most disadvantaged groups as their priority. However, serious health problems like infant mortality, chronic malnutrition, and obesity still exist in alarming numbers up to this day.

- 22% of the girls are married before the age of 18. In addition, school dropout rates increase due to early pregnancies.

- Most indigenous and Afro-Ecuadorian children don't finish primary and secondary school. In addition, some children in rural areas are required to work as early as they can to contribute to the family expenses.

- According to a 2014 report, 7% of Ecuadorian children do not live with their birth parents.

Some Facts About Adoption in Ecuador Throughout the Years

- The United States of America has been the main receiving country from Ecuador. From 2006-2013, there were 182 intercountry adoptions from Ecuador.

- Though the adolescent's consent is compulsory, the child's sentiments must be heard in the process of adoption.

- Ecuador only limits foreign-accredited adoption agencies that can oversee intercountry adoption to Nine.

- Same-sex couples may not take part in any adoption process in Ecuador. However, in a 2013 survey by the National Statistical and Census Institute, 10.4% of the LGBTQ respondents admit that they have children. And among those, 14.6% reported they have adopted a child/children. It is assumed that the adoptive parents may have gone through a single adoption or have adopted the children informally.

- Ecuador has created progressive laws that protect sexual and gender minorities in the past years. In a study published in 2019, the country ranked high in terms of positive legal changes achieved by Latin American countries.

Why Adopt an Ecuadorian Child with An Open Door Adoption Agency?

You may also start gathering preliminary information if this is the right track for you. RainbowKids has a variety of resources to help you learn more about the process and what it is like to adopt from Ecuador.